Another vote lost for Schilling 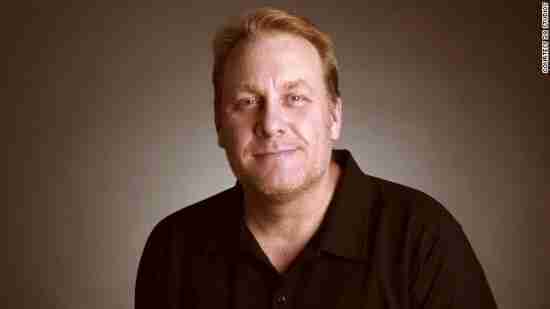 We have another Baseball Hall of Fame writer who has stated that he will not be voting for Schilling and furthermore, won’t be voting for anyone for the 2017 Hall of Fame Class.  That person is Wally Matthews, a former beat writer for the New York Yankees who had this say to say in a column regarding Schilling:


“If baseball’s Sabremetricians could come up with a way to quantify character, Curt Schilling’s would be a negative number.

But a guy’s personality is not supposed to be the criteria for voting, his performance is. However, voters are human beings and sometimes it is difficult to separate the man from the player.

That is where the question of Curt Schilling’s candidacy comes up for me this year. I have voted for Schilling in the past, based on his superior career WAR (80.7, higher than that of Tom Glavine, Don Sutton, Jim Palmer, Bob Feller, and yes, even Sandy Koufax) and his outstanding post-season numbers.

His personal views have often troubled and at times offended me — he is an unabashed collector of Nazi memorabilia — but I have kept that out of my thought process.

Until, that is, about a month ago, when he retweeted a photo of a man wearing a T-shirt advocating the lynching of journalists, with the comment, “OK, so much awesome here . . .”

Beyond the offensiveness of any reference to lynching, which is profoundly racist in itself, is the threat to the men and women in my profession. That is something I take personally and if Curt Schilling really wants to “lynch” journalists, he can start with me, in a boxing ring with 10-ounce gloves on. That will put an end to his sick little fantasy.”


Did he just challenge Schilling to a fight?

This wasn’t all that Matthews had to say, as other comments showed how he was disheartened with the baseball players in general and their attitude towards the media in general:


“I thought I had reached my breaking point a couple of years ago when, while covering a Yankees road game in a Midwest city, a pitcher who had recently been voted into the Hall of Fame — he was a borderline candidate at best but I voted for him, I must admit, under pressure from some colleagues — came upon the Yankees beat crew waiting for the elevator down to the post-game clubhouse.

This borderline Hall of Famer looked at the group of people, many of whom had voted for him, and turned to a companion. “Look at all the sheep,” he said, derisively. Then he began making ridiculous bleating noises. I couldn’t decide whether to belt him in the mouth or refer him to a psychiatrist. All I know is in that moment, I was profoundly sorry I voted for him and his slightly-better-than average stats.”


We are not sure who sounds more bitter, Matthews, or the former baseball player he is describing.

Matthews also vented about the hypocrisy of the Today’s Game Era Committee selecting Bud Selig for the 2017 Hall:


“As if trying to determine whose numbers are real and whose were inflated by artificial (read: chemical) and therefore illegal means weren’t difficult enough, the Hall has further complicated matters this year by voting in Bud Selig, a  co-conspirator with Donald Fehr and Gene Orza in allowing the steroid era to occur in the first place.”


While his argument on the induction of Bud Selig is sound, the fact that someone is just throwing away a ballot is absurd and juvenile.  Certainly there are other baseball journalists who would love to have this opportunity.

Either way, the tally for Schilling is not looking like it could possibly be higher than last year.

More in this category: « The Top 50 Minnesota Vikings are now up! The RRHOF Class of 2017 has been announced »

If Matthews wants to call out Bert Blyleven, then have the guts to do it. What other pitcher had "recently been voted into the Hall of Fame"? Blyleven was voted into the Hall in 2011; before that, Goose Gossage in 2008 and Bruce Sutter in 2006, neither of those really "recent" although as relievers they could be considered "borderline."

As for Schilling, yeah, he's looking like the Donald Trump of baseball, so if baseball had an Electoral College . . .
Quote
Refresh comments list
RSS feed for comments to this post