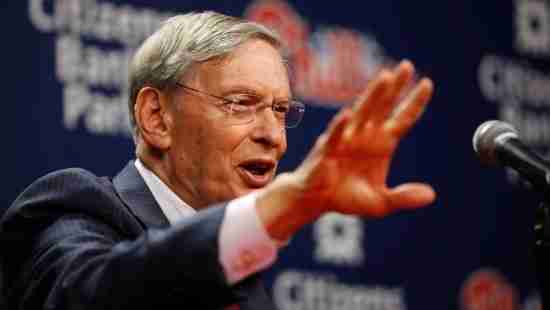 05 Dec
2016
Not in Hall of Fame
We know for sure that the Baseball Hall of Fame will be adding at least two people to their institution next summer.

The 16 Man “Today’s Game Era” Committee has selected former Commissioner, Bud Selig and Executive, John Schuerholz to Cooperstown, the latter of which received a full 100 percent of the vote.

To get elected, a candidate needed 75 percent (12 votes) to gain induction.

Bud Selig received all but one of the 16 votes.  A former owner of the Milwaukee Brewers, Selig is either widely praised or panned depending on your point of view.  Work stoppages and PED growth happened under his watch, but so did substantial revenue growth, interleague play and revenue sharing.  He becomes the fifth former commissioner to get elected.

Schuerholz was considered a lock and based on his record how could he not be?  He was the first General Manager to win the World Series in both leagues (Kansas City in ’85 and Atlnata in ’95) and while Atlanta only one World Series, it was a powerhouse team that won 14 consecutive divisions.

The other candidates received five for less and as per the rule (though we find that absurd) their exact vote count was not released.

Those who received five votes or less are George Steinbrenner (Owner), Mark McGwire, Albert Belle, Davey Johnson (Manager), Harold Baines, Orel Hershiser and Will Clark.  They could possibly be nominated again in four years, the next time that the “Today’s Game Era” is scheduled to meet.

We would like to congratulate the two new entries to the Baseball Hall of Fame and are curious to see who will join Bud Selig and John Schuerholz.
Tagged under
Tweet