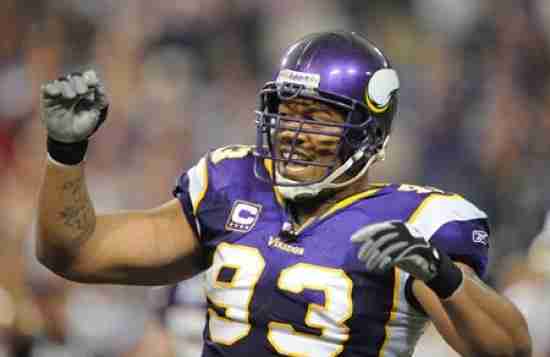 30 Jul
2016
Not in Hall of Fame
Another day…another retirement worth looking at in sports.

Defensive Tackle, Kevin Williams retired after signing a one-day contract with the Minnesota Vikings, the team in which he started 171 Games with.  Williams was drafted by the Vikings in the first round (9th overall) in 2003 and immediately became a starter for the team.  Over his eleven years in Minnesota, Williams would record 60 Quarterback Sacks and was chosen as a First Team All-Pro five times as well as six Pro Bowls.  He would play his last two seasons with the Seattle Seahawks and New Orleans Saints respectively.

While Kevin Williams is not someone whose name seems to be associated with a Pro Football Hall of Fame induction his overall resume is not out of line with a discussion about his merits.  He will be eligible for the Hall in 2021 and will likely make the bottom half of our Notinhalloffame.com Football list.

We here at Notinhalloffame.com would like to thank Kevin Williams for his career and we wish him the best with his post gridiron career.
Tagged under
Tweet