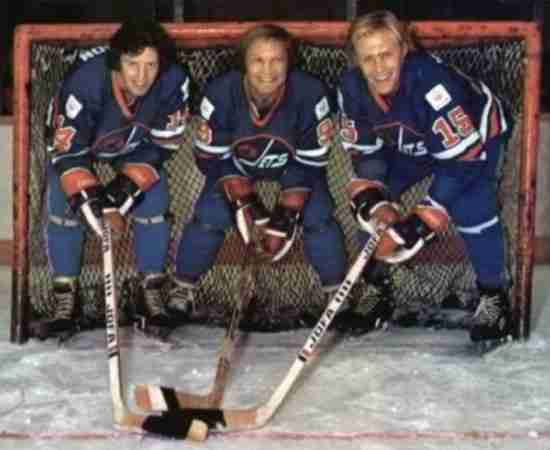 15 Jul
2016
Not in Hall of Fame
At some point in time, we plan do take a serious look at all the individual Halls of Fame.  We will get there eventually, and when we do the Winnipeg Jets will now be part of it as they have announced their own Hall of Fame.

The new Hall will not open empty, as their famed “Hot Line” of Bobby Hull, Ulf Nilsson and Anders Hedberg from the 1970’s will be the first inductees.  The ceremony will take place at the Jets home game against the Toronto Maple Leafs on October 19.

Bobby Hull made headlines when he jumped to the upstart World Hockey Association and signed with the Jets becoming the first hockey player to sign a million dollar contract.  “The Golden Jet” would play for Winnipeg for 411 Games scoring 638 Points.  He would win the WHA MVP Award in 1973 and 1975 and would enter the Hockey Hall of Fame in 1983.

Anders Hedberg palyed for the Jests for the four seasons and had over 100 Points in each of them.  Hedberg would later become a member of the Swedish and IIHF Hockey Hall of Fame.

Ulf Nilsson also played for four seasons in Winnipeg and averaged 100 Points per season.  Like Hedberg, he would join the New York Rangers following his WHA run.

It is worth noting that while the Jets are creating their own Hall of Fame, the actual history of the first version belongs to the Arizona Coyotes.  That fact will be reflected on our upcoming Top 50 Winnipeg Jets of all-time.

Still, we here at Notinhalloffame.com would like to congratulate Hull, Nilsson and Hedberg for earning this honor.
Tagged under
Tweet