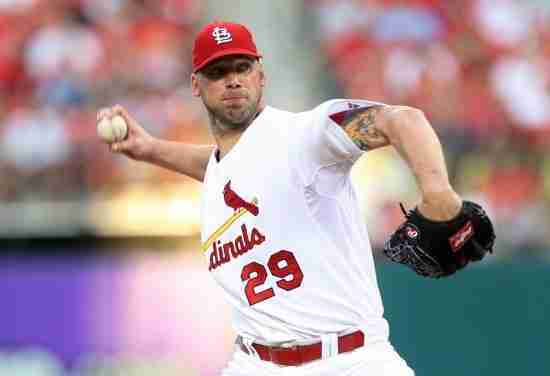 02 May
2016
Not in Hall of Fame
The St. Louis Cardinals have announced the latest class to their organization’s Hall of Fame.  It is a group of three former players and a former owner.

The injury bug would strike again and his problem elbow would force the Pitcher to miss almost all of 2007 and 2008 but he would be back in ’09, finishing second in Cy Young voting and winning the ERA title.  Appropriately, Carpenter would win the National League Comeback Player of the Year Award.  Two years later, Carpenter would assist St. Louis in winning the World Series in 2011.

The second fan inductee is Joe Torre, who entered the Baseball Hall of Fame for his managerial prowess two years ago.

As a St. Louis Cardinal, Joe Torre was the team’s Catcher for six seasons and was named an All Star four times.  He was named the National League MVP in 1971 in a season where he led the league in Hits, Runs Batted In and Batting Average.  Overall as a Cardinal, Torre had 1,062 Hits, 98 Home Runs and a Slash Line of .308/.382/.458.

As selected by a special committee, Terry Moore and Sam Breadon were also chosen for the St. Louis Cardinals Hall of Fame.

Moore was a Cardinal for his entire MLB career earning All Star honors four times.  He was a member of two World Series Championship Teams, and had 1,318 Hits over his career.

Breadon was the President and Majority Owner of the Cardinals from 1920 to 1947 and during his tenure St. Louis won the World Series six times and the National League Pennant nine times.

We here at Notinhalloffame.com would like to congratulate the latest Cardinals Hall of Fame Class.

More in this category: « The Semi Finalists Announced for the Fictitious Athlete Hall of Fame. Time to Vote! The Video Game Hall of Fame Announces its Second Class »