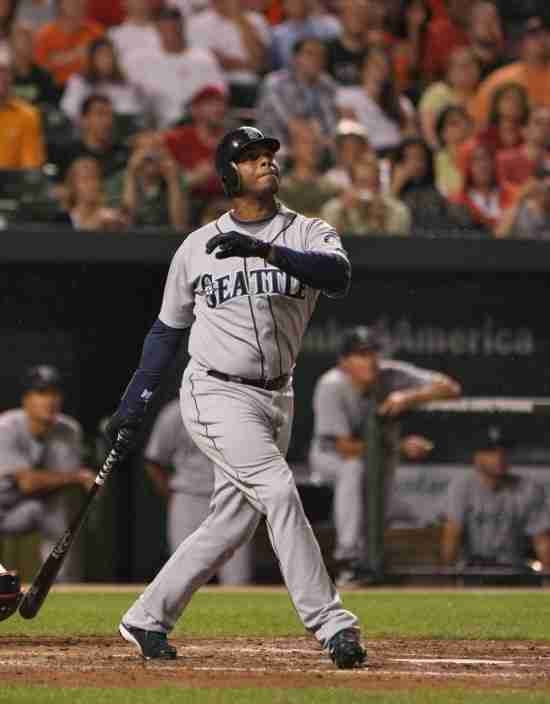 09 Jan
2016
Not in Hall of Fame
By know you have noticed that we have finally begun are pieces on all-time 50 players for each major franchise.  Eventually we will take that to the next level where we will examine how they take care of their former players in terms of retired numbers and franchise Hall of Fames, and as such it is major news to us that the Seattle Mariners will be retiring the number of Ken Griffey Jr., who was selected to the Baseball Hall of Fame in what was the largest percentage ever.

The Seattle Mariners will be retiring the number 24 that Griffey Jr. wore.  This is no small honor as with the exception of the league wide mandatory retirement of Jackie Robinson’s #42 this is the first number retired by the organization.

We would like to congratulate Ken Griffey Jr. for his latest and deserved accolade.

More in this category: « The 2016 College Football Hall of Fame Class is Announced! The Top 50 Baltimore Ravens of All-Time »