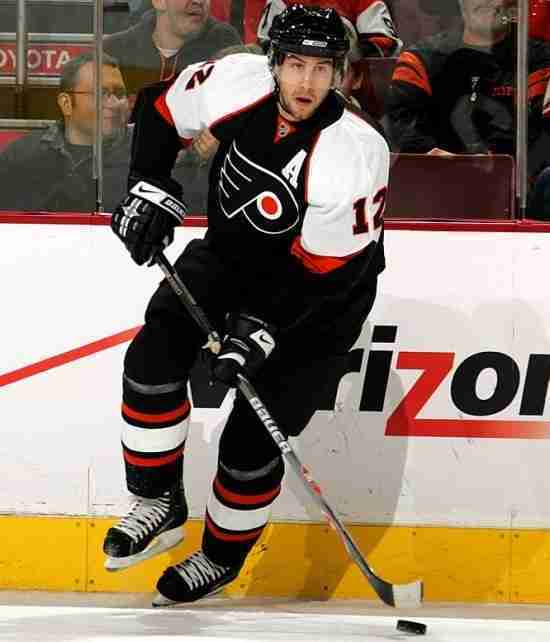 15 Sep
2015
Not in Hall of Fame
Today, Simon Gagne announced his retirement from the National Hockey League and the world of professional hockey.

In a press release, the now former Boston Bruin Left Winger had this to say:

"Today, I want to thank my trainers and teammates.  You inspired me to surpass myself.  You made me understand that you need more than talent; it takes sacrifice and discipline and you need to work harder than your rivals.  I also wish to thank my fans.  Every evening, you energized me and inspired me to perform."

Over his fourteen year career, Gagne was a two time All Star and spend the bulk and best of his career with the Philadelphia Flyers.  Gagne, a well respected all around player would score 601 Points over his career and would lead the NHL in Even Strength Goals in the 2005-06 season and later on would win a Stanley Cup as the member of the Los Angeles Kings in 2012.

Gagne would also win accolades Internationally as a member of Team Canada and would win a Gold Medal for his country in the 2002 Olympics and the 2004 World Cup.

We here at Notinhalloffame.com wish the best for Simon Gagne and his post-NHL career.