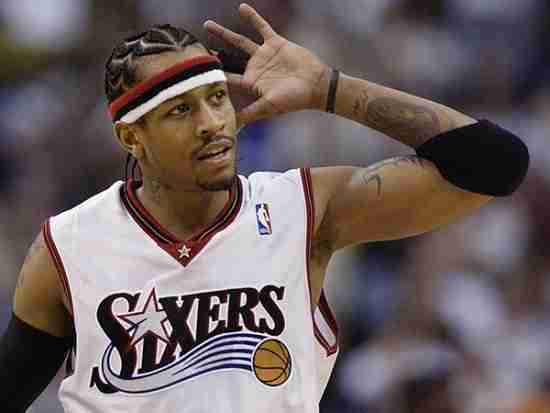 13 Sep
2015
Not in Hall of Fame
We kind of knew this already as many of you have seen that we have ranked Allen Iverson at the top of our revised rankings for the Notinhalloffame.com Basketball list.  During this past Basketball Hall of Fame weekend, the institution made his eligibility official, a fact that was not made clear to many.

There were two sticking points that cluttered the opinion as to when his eligibility was.


The first was that Iverson only officially retired in 2013.  That is not that uncommon as many players hope to latch back onto the NBA long after no team wants them, though that is rarely if ever enforced by the Hall.

The second was his brief stint in the Turkish Basketball League in the 2010-11 season.  While the Basketball Hall of Fame does decree that a player has to be retired for five years before they can enter the Hall, and while they do recognize international accomplishments, it is not out of the ordinary for them to base eligibility upon the final season played in the National Basketball League.

Iverson is a former MVP, three time First Team All-NBA Selection and four time scoring champion.  The controversial Point Guard has a very good shot at entering the Basketball Hall of Fame on the first try.

We certainly think he should!

More in this category: « The Fabulous Freebirds to the WWE HOF? RIP: Moses Malone »