Will Ferrell enshrined in Cooperstown? 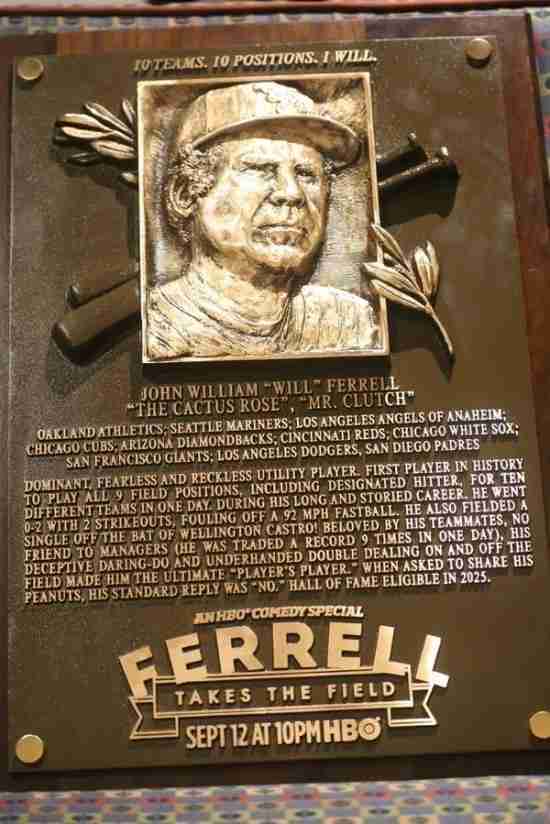 Not really…but it is noteworthy at least in our eyes.

While it was a stunt, it was an incredible one at that and one that resulted in a mock plaque from the Baseball Hall of Fame commemorating that accomplishment; though we should mention that on the plaque that there was an HBO logo and a date indicating when his special took place…that being when he where did that task.

It may not be serious, but there was a plaque and Hall of Fame jersey issued to Ferrell…though it is unknown at this time whether it will be displayed in Cooperstown, New York, the home of the Baseball Hall of Fame.

Regardless, it is a fun “induction” and promotion for both MLB and HBO and we know that we will be watching once it comes on television!

Kirk Buchner, "The Committee Chairman", is the owner and operator of the site.  Kirk can be contacted at [email protected] . Email This email address is being protected from spambots. You need JavaScript enabled to view it.
More in this category: « 1999-2001 Hockey HOF Inductees are up The Poker Hall of Fame Finalists are announced »