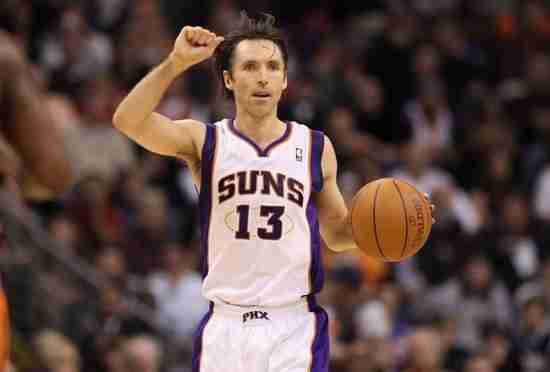 27 Aug
2015
Not in Hall of Fame
The Phoenix Suns announced that Steve Nash will become the 14th man to enter their Ring of Honor.  That will take place at halftime of this season’s home game with the Portland Trail Blazers on October 30th.

The Canadian raised Point Guard had his best seasons with Phoenix where he would become a two time MVP winner and earned six of his eight All Star Appearances.  He is currently the franchise’s leader in Assists, Three Pointers and Free Throw Percentage and as a Sun he had an average of 14.5 Points and 9.4 Assist per Game along with a PER of 20.8.

The future Hall of Famer will join a Ring that includes Charles Barkley, Tom Chambers and Dan Majarle.

Congratulations to Steve Nash and the Phoenix Suns!

More in this category: « Monument Park officially welcomes Andy Pettitte and Jorge Posada The Hockey TBD Futures have been Updated »