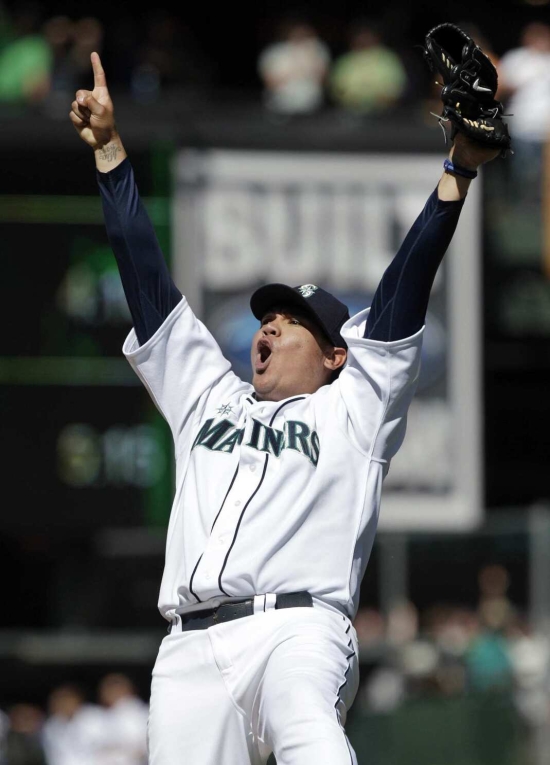 Regular visitors of Notinhalloffame.com know that we are slowly working on the top 50 of every major team in the NHL, NBA, NFL and MLB.  Once that is done, we intend to look at how each team honor their past players, coaches and executives.  As such, it is important to us that the Seattle Mariners have announced that Felix Hernandez will become the 11th member of their franchise Hall of Fame.

Hernandez played his entire MLB career with the Mariners, the team where he would become the "King" of the Pacific Northwest and all of Baseball.

“King Felix” made his first appearance in the Majors in 2005, and after showing gradual improvement over his first few seasons, Hernandez took the throne in 2009, leading the American League in Wins (19), H/9 (7.5), and finishing second in Cy Young voting.  Hernandez was better in 210, winning the Cy Young, with a league-leading 2.27 ERA and 7.0 H/9, while also finishing atop the leaderboard in Innings Pitched (249.2).

We here at Notinhalloffame.com would like to congratulate Felix Hernandez for this impending honor.

More in this category: « Notinhalloffame NHL Cup Standings Update (80) How do the All-Pros impact the Pro Football Hall of Fame? »