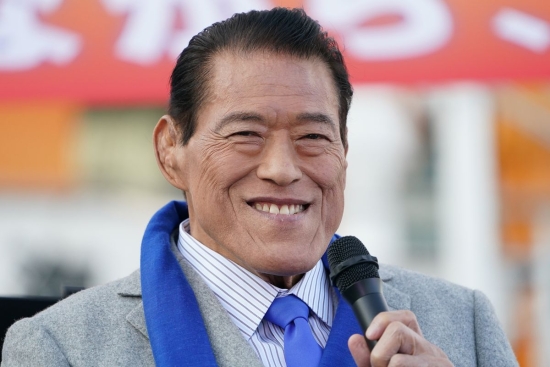 We lost a legend in the world of professional wrestling as Antonio Inoki passed away at age of 79.

Inoki was a pupil of Rikidozan in the early 60s and a decade later he was the top wrestler in Japan and the promotor of New Japan Pro Wrestling, which was and still is one of the biggest organizations in the world.  Holding wins over every major name in his day, Inoki was not just a 12-time World champion, but a true international superstar who sold out arenas all across the world.

An early pioneer of mixed martial arts, Inoki’s fight with Muhammad Ali was a precursor (although it was an awful contest) of what would come.  He also became a politician, successfully winning a seat in the Japanese House of Councillors, and he successfully negotiated the release of Japanese hostages from Saddam Hussein in Iraq.  Inoki also was a proponent of using wrestling and sports to promote global harmony, as how by his multiple World Wrestling Peace Festivals.

Inoki was inducted into the WWE Hall of Fame in 2010.

We here at Notinhalloffame.com would like to extend our condolences to the fans, family and friends of Antonio Inoki.