The Naismith Basketball Hall of Fame announces the 2022 Class 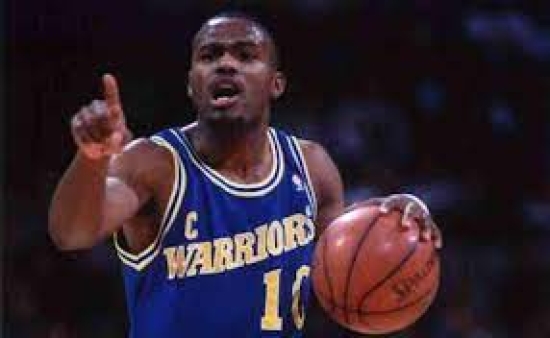 One of the things we love even more about the NCAA Final Four, is that it is the same day that the Naismith Basketball Hall of Fame announces its new class.

Let’s get right into the newest members:

Swin Cash:  Cash was one of the superstars at UConn, where she helped lead the Huskies to two NCAA Championships (2000 & 2002) and was named the Tournament MOP in the latter.  The Detroit Shock took her with the second overall pick in the 2002 Draft, where she led them to two WNBA Championships (2003 & 2006).  Cash would win a third WNBA Title with the Seattle Storm in 2010, and she also played for the Chicago Sky, Atlanta Dream and New York Liberty.  Individually, Cash was a four-time All-Star, and was selected to the WNBA 20th and 25th Anniversary Team.  As a representative of the United States National Team, Cash won Gold at the 2004 and 2012 Olympics and 2010 World Championships.

Larry Costello:  Costello played at Niagara, where the Philadelphia Warriors selected him in the Second Round of the 1954 Draft.  The Point Guard helped Philadelphia win the 1967 NBA Championship, and individually he was a six-time All-Star and was a one-time Second Team All-Star.  He would later become a successful Head Coach, most notably with the Milwaukee Bucks, where he helmed them to their first NBA Championship in 1971.

Hugh Evans:  Evans is one of the most respected and tenured referees in basketball history, and he officiated over 2,200 Games, which included 35 NBA Finals.

Manu Ginobili:  Manu Ginobili might be the greatest “value” pick in the last thirty years, as the San Antonio Spurs nabbed the Argentinian Shooting Guard with the 57th Overall Pick in 1999.  Ginobili did not report to the Spurs right away, having honed his skills with Virtus Bologna of the Italian League, where he led them to a EuroLeague Championship in 2001.  Joining the Spurs in 2002, Ginobili played with them his entire NBA career, winning four NBA Titles, earning two All-Star Games and securing a pair of Third Team All-NBAs.  For Argentina, he led his nation to Gold in the 2004 Olympics, and captured Bronze in the follow-up Games in 2008.  He also took Argentina to a World Cup Silver Medal in 2002, and Gold in the 2001 and 2011 AmeriCup Tournament.  Ginobili enters Springfield on his first year on the ballot.

Tim Hardaway:  Hardaway was the 1989 WAC Player of the Year at UTEP, where his number 10 would later be retired.  The Golden State Warriors chose Hardaway with the 14th Overall Pick, and he would become one-third of the exciting trio, RUN TMC, along with Mitch Richmond and Chris Mullin.  He also played for Miami, Dallas, Denver and Indiana, and was a five-time All-Star, and five-time All-NBA Selection.  Hardaway also won Gold with the United States in the 2000 Olympics.  Hardaway’s induction likely was delayed for years due to homophobic comments he made, but he has since atoned for those comments.

Del Harris:  Harris’ long career as a coach began at a small liberal arts college, Earlham, and ten years later, he became an Assistant for the Utah Stars.  Harris would become the Head Coach of the Houston Rockets, and later the Milwaukee Bucks.  His best known stint as a Head Coach was with the Los Angeles Lakers, where he was named the Coach of the Year in 1995.  Internationally, he worked with the United States, Canada, China and the Dominican Republic.

Lou Hudson:  Hudson played his college ball at Minnesota where his number 14 was retired by the school, and his work with the Golden Gophers landed him as the number four pick in the 1966 Draft by the St. Louis Hawks.  Hudson played for the St.Louis/Atlanta franchise for ten years, earning six straight trips to the All-Star Game (1969-74) and an eventual jersey retirement.  He finished his career with two years with the Lakers.

Bob Huggins:  Huggins first stint as a Head Coach was at Division II Walsh, and he would later get a chance at Division I with Akron.  He did well there, and it landed him the job at Cincinnati, where he brought the Bearcats to the Final Four in 1992, and won four Conference USA Tournaments.  After a brief stop at Kansas State, Huggins took over at West Virginia, his alma mater in 2007, where he is still their Head Coach today.  He brought the Mountaineers to the Final Four in 2010, and has an overall record of 916-399.

George Karl:  Karl played five years with the San Antonio Spurs, but achieved far greater fame as a coach.  Over his Head Coaching career, Karl had the reigns in Cleveland, Golden State, Seattle, Milwaukee, Denver and Sacramento, with his highlight being in 1996 when he took the SuperSonics to the NBA Finals.  He had an overall record of 1,175 and 824, and is sixth all-time in Wins.  Karl also won the NBA Coach of the Year in 2013.

Radivoj Korac:  Korac is this year’s International inductee, where he was one of the top players ever to come from the former country of Yugslavia.  The EuroBasket MVP in 1961, Korac took his nation to Silver in the 1968 Olympics, and the 1963 and 1967 World Cup.  He was named by FIBA and one their 50 Greatest Players.  He died prematurely at the age of 30 in 1969 due to a car crash.

Marianne Stanley:  A teammate of Shank-Grentz at Immaculata, Stanley first became a Head Coach at Old Dominion in 1977, and in 1985, she took them to a National Championship.  She would later coach at Penn, USC, Stanford and California, and would join the WNBA as an Assistant Coach in 2000 with the Los Angeles Sparks.  She would later become the Washington Mystics Head Coach, where she won the WNBA Coach of the Year in 2002, and currently is the Head Coach of the Indiana Fever.  She is already a member of the Women’s Basketball Hall of Fame.

Lindsay Whalen:  Whalen was a star at the University of Minnesota, and parlayed that success to a fourth overall draft pick in 2004 by the Connecticut Sun.  She was traded to the Minnesota Lynx in 2010, and would be a lynchpin for a team that won four WNBA Championships.  In addition to Whalen’s four rings, Whalen was a five-time WNBA All-Star, three-time First Team All-WNBA Selection, and was chosen for the WNBA 20th and 25th Anniversary Team.  The Point Guard also won three WNBA three Assists Titles.  While representing the United States, she won two Olympic Gold Medals (2012 & 2016) and two World Championships (2010 & 2014).  The Lynx have already retired her number #13.

This means that we have to get to work on our revisions for those to consider for the Basketball Hall on our Notinhallofffame.com Basketball list.  Look for that at the end of the month.

More in this category: « Our All-Time Top 50 Oakland Athletics have been revised to reflect the 2021 Season Frank Gore Retires »