Vader named to the WWE Hall of Fame 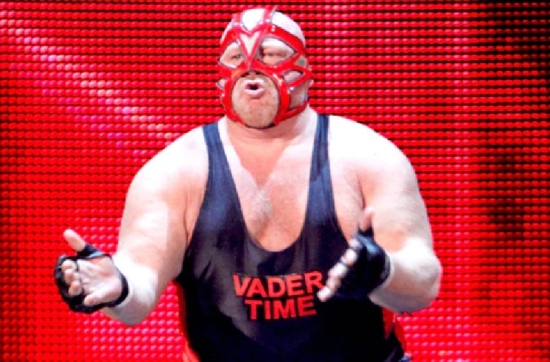 If only they did this when he was alive.

The WWE has announced that Vader will enter the WWE Hall of Fame as the second name inducted this year.  The Undertaker was announced last week.

Vader debuted in 1987 and with his size and agility, the former football player was a natural for the ring.  Signing with New Japan in 1989, Vader (then known as Big Van Vader), destroyed Antonio Inoki in his debut, causing the Sumo Hall fans to riot.  He would win their version of the World Heavyweight Title multiple times, and he would sign with WCW in the early 90s, becoming their top heel.

Vader would main event multiple pay per views, including classic bouts with Sting.  With WCW, he won the World Heavyweight Title three times, and could have potentially won more had he not been fired in 1995 following an altercation with wrestler/agent, Paul Orndorff.

Vader signed with the WWE in 1996, and debuted at the Royal Rumble with Jim Cornette as his manager.  His high-water mark was a WWE World Heavyweight title shot against Shawn Michaels at Summer Slam 1996, but he was politically handcuffed and he would slide down the card, leaving the company three years later.

He passed away in 2018 and the age of 62 following a battle with cancer.

Vader is currently ranked on our WWE Hall of Fame list, and will be removed following an overhaul after Wrestlemania weekend.

We here at Notinhalloffame.com would like to congratulate the fans and family of the late Leon White.

More in this category: « Khabib Nurmagomedov to be inducted to the UFC Hall of Fame Dolly Parton asks to be removed from the Rock and Roll HOF ballot »