Vince McMahon will induct the Undertaker to the WWE HOF 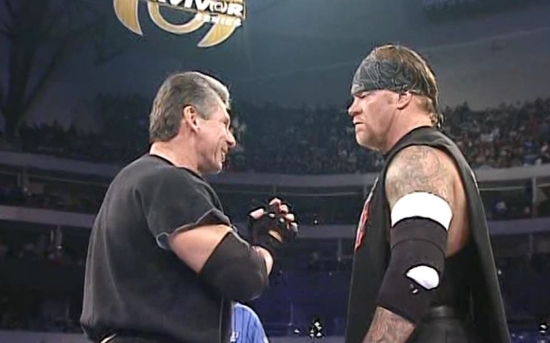 Last week, the Undertaker was announced as the headliner for the 2022 Class.  Yesterday, on Pat McAfee’s podcast, Vince McMahon announced that he would be the Undertaker’s inductor.

It is not often that McMahons, the owner of the WWE since 1982, to makes an on-camera appearance during the ceremony, so this adds to the honor of the induction.  The last time McMahon inducted a performer was in 2009 when he presented “Stone Cold” Steve Austin with his induction.

We are looking forward to see who else joins the Undertaker into this year’s WWE Hall of Fame Class.

More in this category: « The Dallas Stars announce a franchise Hall of Fame Khabib Nurmagomedov to be inducted to the UFC Hall of Fame »