How Will Next Year's NHL Hall of Fame Class Go? 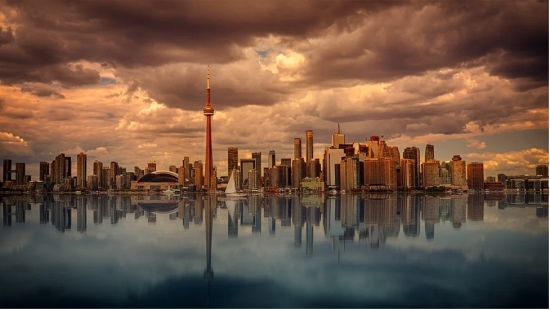 It is a tradition that dates back to 1945: the annual induction class to the NHL Hall of Fame. Aside from winning the Stanley Cup, it is the ultimate honor for players of the game and a way to immortalize themselves amongst the greatest players to ever hit the ice. The Hockey Hall of Fame enshrines a maximum of four players every year along with spots for builders as well. It has also recently started to induct female hockey players. The Hockey Hall of Fame has 289 players inducted which include eight female players and more being added each year!

Next year’s NHL Hall of Fame class is going to be extra competitive with nearly double the candidates than a normal year. Why is this the case? Due to the lack of HOF during 2021 thanks to the pandemic, next year's event will be packed full of legends of the sport. It will take place in June of 2022 in the city of Toronto, Canada. If you are in the area around that time you can go to the Hockey HOF museum that is located in Toronto, go to a live hockey game from the hometown or bet on your favorite team at William Hill Canada. Ontario is one of the provinces that has recently signed single-game betting into law, which allows sports bettors to bet on a single game at a time.

For the most competitive odds, generous bonuses, and easy payment methods, William Hill Canada is a name that has global recognition in the sports betting industry. The William Hill brand has been in the business since 1961, where it originated in Gibraltar, United Kingdom. William Hill is an iconic and legendary brand amongst online sportsbooks, and even offers an easy to use mobile app that allows you to play even when you are on the go. With the new legislation for single-game betting coming into effect across Canada, there has been no better time to check out William Hill Canada to bet on your favorite NHL games.

There is a long list of players that have been waiting for the call now for a few years. There are some important names on that list, but two new potential inductees are likely heading into the Hall of Fame together. Let’s take a look at who we believe will be providing an acceptance speech at next year’s NHL Hall of Fame induction ceremony.

These super twins from Ornskoldsvik, Sweden headline next year’s potential class of Hall of Fame inductees. The Sedins played every game of their career for the Vancouver Canucks, and both finished with over 1,000 points scored in just over 1,300 games played. At times, the two players were dominant, and were famous for holding the puck between them for minutes on end. The Sedins led the Canucks all the way to game seven in the 2011 Stanley Cup Finals before falling to the Boston Bruins. Both Henrik and Daniel have their jerseys retired in Vancouver, and are now in acting roles with upper management for the team. The Sedin twins won Olympic gold medals with Sweden in 2006 and a silver medal in 2014.

The long-time captain of the Ottawa Senators, Alfredsson played seventeen of his eighteen seasons with the team. Alfredsson exploded onto the scene in his rookie campaign, winning the Calder Memorial Trophy for the best rookie in the league. Alfredsson scored over 1,150 career points and also won Olympic medals in 2006 and 2014 alongside the Sedin twins for Sweden.

Another former Vancouver Canuck that has an excellent chance of making it into the Hall of Fame next summer. Mogilny was a trailblazer for young Russian players as he was the first Soviet player to defect to North America to play in the NHL. Who could ever forget his season in 1992-1993 where he went toe to toe with Finnish legend Teemu Selanne, and the two snipers tied for the league lead in goal scoring with 76 each. The next year, Mogilny was named the first European captain in the history of the NHL, and is an IIHF triple-crown winner with an Olympic gold medal, World Junior Championship gold medal, and a Stanley Cup with the New Jersey Devils in 2000.

An iconic Canadian women’s hockey player, Oullette has an impressive resume that boasts four Olympic gold medals and six World Championship gold medals as well. Oullette dominated the women’s NCAA divisions as well, as she ranks in the top ten of all-time NCAA women’s scorers with 229 points. But it will be Oullette’s international success that she will be remembered for, in an age that was dominated by Canadian women’s hockey.

The march of ex-Canucks continues as long-time Vancouver goalie Roberto Luongo also appears on the list this year. In terms of on-ice performance, Luongo ranks amongst the top goaltenders in history. Bobby Lu never won a Vezina or Hart trophy for individual successes but did take the Canucks to game seven of the Stanley Cup Finals in 2011. He sits fourth in NHL history in all-time wins with 489, and also ranks in the top ten in total shutouts. Luongo is also only one of three goaltenders to play over 1,000 games and won Olympic Gold medals with Canada in both 2010 and 2014.

Could this be the year for Rod the Bod? The current head coach of the Carolina Hurricanes was one of the best two-way forwards in NHL history. Brind’Amour amassed a total of 1,184 points and also won two Selke trophies for the league’s best defensive forward. It also helps that Brind’Amour lifted the Stanley Cup with the Hurricanes back in 2006. Brind’Amour has coached the Hurricanes to an impressive 20-7 record to start this NHL season and maybe up for some Jack Adams award buzz which is awarded to the best coach in the league each season.

More in this category: « Semi-Finalists named for the Fictitious Athlete HOF! Teemu Selanne leaves the NHL »