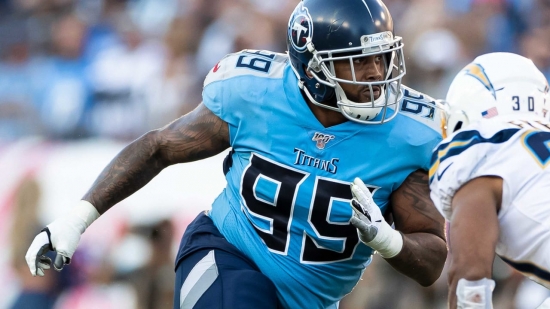 A week before the 2021 NFL Season is to begin, we now know that five-time Pro Bowl Defensive Lineman, Jurrell Casey, will not be among the players.  Casey, 31, retired today, after a ten-year career.

Playing his college ball at USC, Casey arrived in the NFL to Tennessee as a Third Round Pick in 2011.  Casey became an immediate starter at Right Defensive Tackle, and was arguably robbed of a Pro Bowl in 2013, a year he had a career-high 10.5 Sacks.  He would finally get that first Pro Bowl in 2015, which would lead to four more in succession.

A Titan for all but his final year in football, Casey had 51.0 Sacks, all in Tennessee, and was a large part of the Titans defensive turnaround in the 2010s.

Casey, was also known for his philanthropy, and was the winner of two community service awards.

In our most recent updated list of active players based on Hall of Fame potential, Casey was ranked at #80.  He will be eligible for the Pro Football Hall of Fame in 2026.

We here at Notinhalloffame.com would like to wish Casey the best in his post-playing career.