The Boston Celtics set a date to retire Kevin Garnett's #5 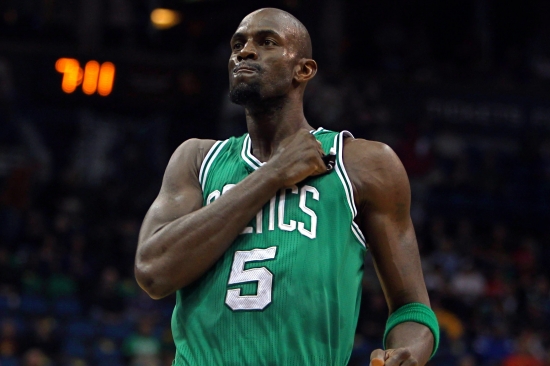 Regular visitors of Notinhalloffame.com know that we are slowly working on the top 50 of every major team in the NHL, NBA, NFL and MLB.  Once that is done, we intend to look at how each team honor their past players, coaches and executives.  As such, it is news to us that Boston Celtics have announced that they will be retiring Kevin Garnett’s #13 on March 13, 2022 during their home game against Dallas.

Last season, during their game against the Clippers on February 13, the team made the announcement that Garnett’s jersey retirement would be impending.

Garnett, who entered the Naismith Basketball Hall of Fame in the Class of 2020, was with the Minnesota Timberwolves for his first twelve years, was traded to the Celtics in 2007.  Boston also signed Ray Allen, and along with Paul Pierce, the trio won the NBA Championship that year.

We would like to congratulate Kevin Garnett for earning this honor.

More in this category: « Henrik Lundqvist Retires Our All-Time Top 50 Boston Bruins have been revised to reflect the the 2020-21 Season. »