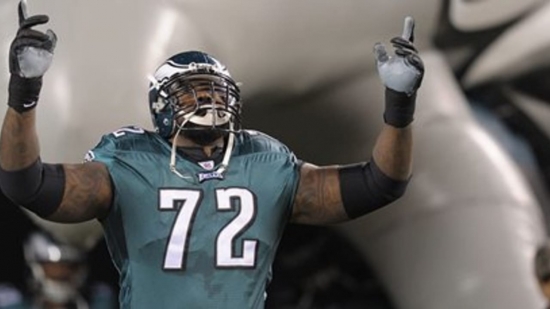 Regular visitors of Notinhalloffame.com know that we are slowly working on the top 50 of every major team in the NHL, NBA, NFL and MLB.  Once that is done, we intend to look at how each team honor their past players, coaches and executives.  As such, it is news to us that Philadelphia Eagles have announced two new members to their franchise Hall of Fame, Tra Thomas and Jon Runyan.

Runyan arrived in Philadelphia as a Free Agent from Tennessee in 2000, where he became the Eagles’ starting Right Tackle.  A Pro Bowler in 2002, like Thomas, he remained with the Eagles until 2008.  The Two Tackles were a part of a run to the Super Bowl in 2004.

This brings the amount of Eagles Hall of Fame inductees to 47.

We would like to congratulate Tra Thomas and Jon Runyan for earning this honor.

More in this category: « Chris Davis Retires Our All-Time Top 50 Boston Celtics have been revised to reflect the last three seasons. »