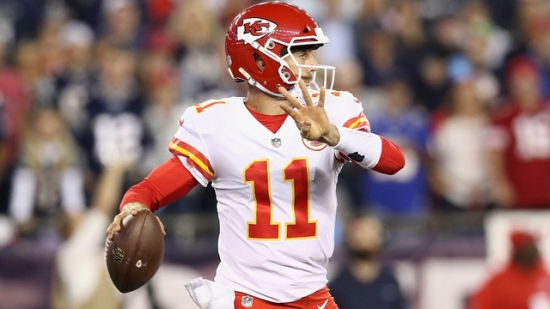 One of the greatest comebacks in professional football has come to an end, as Quarterback, Alex Smith, has officially retired from the NFL.

Smith came into the pros with lofty expectations, and how could that not be the case when you are a Quarterback who was taken first overall?  From Utah, it was the San Francisco 49ers who chose him in 2005, but it was a mixed bag of success, as he struggled on the field and with injuries.

Missing the 2008 season due to shoulder issues, Smith had to fight to get his job back in 2009, but again, he could not make the upper-echelon of NFL Quarterbacks, though he took the Niners to the playoffs in 2011, and looked to have turned a corner.  Smith got off to his best start in 2012, but a concussion led to him replaced in a game by Colin Kaepernick, who eventually became the permanent starter.  With Kaepernick’s ascendence, Smith was traded to the Kansas City Chiefs after the season’s conclusion.

Smith’s tenure at Arrowhead was the best of his career.  A chief for five seasons (2013-17), Smith led Kansas City to four post-seasons, and he went to three Pro Bowls.  His best year was 2017, where he led the NFL in Passer Rating (104.7) and had career-highs in Passing Yards (4,042) and Passing Touchdowns (26), but this would be his last year with the Chiefs, as they had a young QB in Patrick Mahomes in wait. Smith, who helped mentor Mahomes, was dealt to Washington, but tragedy was on the horizon.

On November, 18, 2018, Smith broke his right leg when he was tackled by Houston’s Kareem Jackson and J.J. Watt.  Following his first surgery, Smith contracted flesh-eating disease, and it got so bad that amputation was considered.  Seventeen surgeries later, he began rehab, and was a back-up in 2020, until an injury to Kyle Allen put Smith back into the game.  Smith played six Games in 2020, winning five, and he was rewarded with the Comeback Player of the Year Award.

Smith retired with 35,650 Yards, a nice amount for a player that always seemed to be a placeholder.

We here at Notinhalloffame.com would like to wish Alex Smith the best his post-playing career.