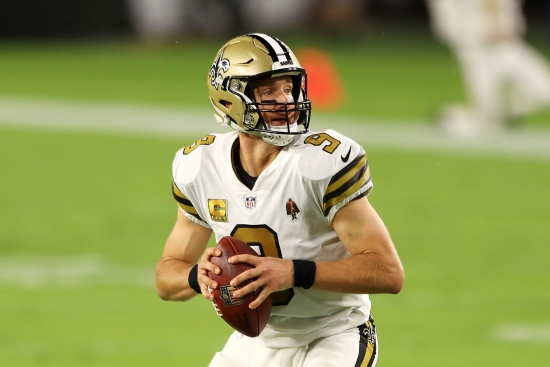 What has been long expected has finally come to fruition.

New Orleans Quarterback, Drew Brees, announced that he is retiring from the NFL, fifteen years to the day that he signed with the New Orleans Saints.

A star at Purdue, Brees was drafted early in the Second Round of the 2001 Draft by the San Diego Chargers, and would take over as the starter in 2002.  A Pro Bowl Selection in 2004, Brees saw the writing on the wall, as San Diego had Philip Rivers waiting in the midst, who they planned to make the starter going forward.  Brees signed with the New Orleans Saints in 2006, and what he accomplished as a Saint has been nothing short of spectacular.

Brees became a fixture in the fabric of the city of New Orleans, improving his game under new Head Coach, Sean Payton. Brees led the NFL in Passing Yards in his first year with the Saints, and he was a First Team All-Pro and Pro Bowl Selection.

Brees emerged as one of the top pivots in the NFL, and his decision making and accuracy had few peers. He would lead the NFL in Passing Yards six more times, was a four-time leader in Passing Touchdowns and in 2008 and 2011 was the NFL Offensive Player of the Year.  Brees would lead the Saints to their first and only Super Bowl win in the 2009 season, where he was the MVP of the big game.

His humanitarian work in New Orleans became legendary, and it can be argued that Brees’ dedication to the city might have kept the team in Louisiana as there were whispers of the team relocating.  His ascendence and Super Bowl championship after the heels of Hurricane Katrina will never be forgotten in New Orleans, and nor should it ever.  The NFL rewarded him with the Walter Payton Man of the Year in 2006.

He is eligible for the Pro Football Hall of Fame in 2026, and is a lock to enter in his first year of eligibility. Going into the 2020 Season, we had Brees behind only Tom Brady in our Hall of Fame rank of active players.

We here at Notinhalloffame.com would like to wish Drew Brees the best in his post-playing career and we thank him for the on-field memories.

More in this category: « Our All-Time Top 50 Arizona Diamondbacks have been revised Our Football List has been revised. DeMarcus Ware now #1 »