Nobody elected to the Baseball Hall of Fame in 2021 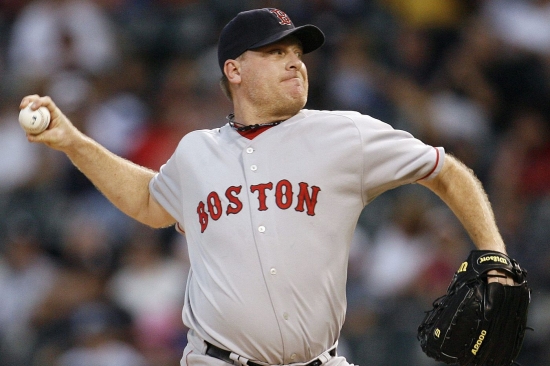 We call this the “Hall of Fame Season”, and this is annually part one of a two-part apex where the Baseball Hall of Fame and Pro Football Hall of Fame announces their new classes, although COVID-19 might have played an integral part in what transpired today in the baseball vote.

As it was projected by Ryan Thibodeau @NotMrTibbs, the 2021 Baseball Hall of Fame did not select anyone.  As COVID-19 postponed the 2020 ceremony, the Class of 2020 (Derek Jeter, Larry Walker, Ted Simmons and Marvin Miller) will be inducted on July 25.  This also meant that there was no urgency by any of the writers to induct anyone. Whether or not this played a part in the minds of voters to exclude a player is subject to conjecture, but it could have played a part.

While nobody was chosen, there is a lot to unpack.

Had it not been for the anti-media stance of Curt Schilling, he likely would have been inducted years ago. Schilling has the stats and the post-season success that befits a Hall of Fame inductee, but it was four years ago where he supported a joke about lynching journalists.  That resulted in a drop of support from 52.3% to 45.0, and he had been relatively quiet since in regards to the media.  He made to an even 70.0% last year, but the last two months have been a very spicy political climate.  He inched forward to 71.1% this year.

Schilling supported the far right wing riots on January 6, and has again been very critical of the media. One voter, who checked Schilling’s box asked if could be changed.  Jay Jaffe openly said that he couldn’t vote for Schilling because he feared it would give him a bigger platform.  With only one year remaining, Schilling would have to go on a serious “apology tour” to make it.

Here is what many voters and fans don’t seem to understand.  Once a player is retired, unless they are managing or broadcasting, they only have one more hurdle to climb; Cooperstown.  Pete Rose, by his own admission, is more known today because he is not inducted. When Dick Allen recently passed, it gained more attention because he was a Hall of Fame snub then he would have if it he was a Hall of Fame inductee.  An Induction for Schilling does not raise his platform at all, it actually decreases it, as the public knows that it is his politics that kept him out, and not his statistics.  How Schilling acts this year will be a must-watch for us.

Barry Bonds and Roger Clemens are also one ballot away from elimination.  There is no fresh discussion here.  You are either vote for them, knowing they likely took PEDs, but did so in an era where baseball had no internal legislation to defy it.  Bud Selig, who presided over the era is in, as is manager, Tony LaRussa, who also was without a doubt aware what was transpiring.

Scott Rolen is rocketed up to 52.9% from 35.3% last year.  The infielder looks like he will be entering in the near future with his meteoric rise.

Omar Vizquel, who is embroiled in a domestic abuse allegation looks to have taken a tumble because of it.  He dropped from 52.6% to 49.1%   This was Vizquel’s fourth year on the ballot, and depending on what transpires in this accusation, he could fall out of what looked to be a Hall of Fame induction.

Todd Helton is in a similar state with Rolen, as he went from 29.2% to 44.9% on his third ballot.  It appears that Larry Walker will soon have Hall of Fame company wearing that Colorado Rockies hat.

Former MVP, Jeff Kent is running out of time.  Last year was the first time he broke the 25% threshold, and now on year eight, he reached 32.4%.  This is not enough of a gain to see a plaque in Cooperstown in his near future.

Manny Ramirez, who has the Hall of Fame stats, WAS caught and suspended twice for PEDs, which could be the line for many voters.  He stayed the exact same at 28.2%, an indicator that he is moving nowhere.

Sammy Sosa was not suspended for PED use, but his performance in front of Congress where he forgot the English language clowns him to this day.  Sosa is at 17.0%, which is his highest to date, but he only has one year left. He has no chance at this time.

Andy Pettitte made a modest gain from 11.3% to 13.7%.  He is an admitted PED user, which might be enough to keep him out, though the way he handled it is the template for all athletes to follow.

Mark Buehrle is the highest first ballot inductee.  He received 11.0% of the ballot.  He was not the only debuts as Torii Hunter (9.5%) and Tim Hudson (5.2%) survive for another look.

If the vote for 2021 was not dramatic enough, Alex Rodriguez and David Ortiz are now eligible in 20222.

More in this category: « Greg Olsen Retires Curt Schilling wants off of the ballot »