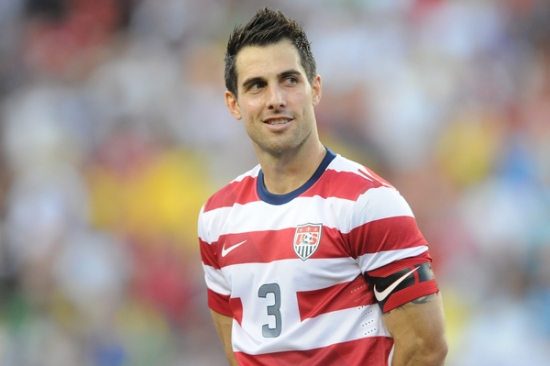 The National Soccer Hall of Fame announced that there will be one lone member of their Class of 2020, that of former National Team Captain, Carlos Bocanegra.

Bocanegra played 15 years professionally, where he was the 2000 MLS Rookie of the Year as a member of the Chicago Fire.  A two-time MLS Defender of the Year, Bocanegra later played for Fulham (England), Rennes (France), Saint-Etienne (France) and Rangers (Scotland) before returning to MLS for Chivas USA.

There will be no ceremony this year due to COVID-19. The Class of 2020 will be inducted alongside next year’s class.  Bocanegra is the 305thmember of the Class.

We here at Notinhalloffame.com would like to congratulate Carlos Bocanegra for earning this honor.

Kirk Buchner, "The Committee Chairman", is the owner and operator of the site.  Kirk can be contacted at [email protected] . Email This email address is being protected from spambots. You need JavaScript enabled to view it.
More in this category: « RIP: Lou Brock The Toy Hall of Fame Announced they 2020 Finalists »