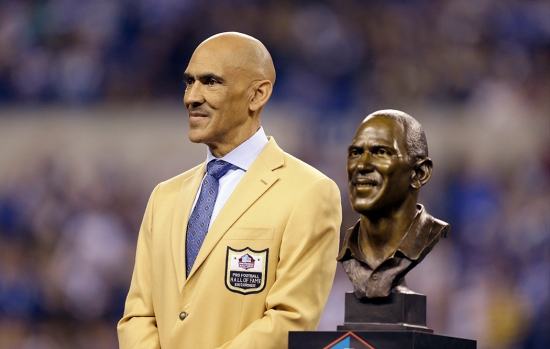 Recently, Larry Michael, 62, the voice of the Washington Football Team and Senior Vice President for years stepping down in those capacities.  As abrupt as it was, it became evident that it was due to his participation in allegations of sexual harassment that ran rampant among Washington executives. Michael was also a member of the 48-member Pro Football Hall of Fame Committee, but the key word here is “was”.

It is not known whether he was asked to leave the Hall of Fame Committee or quit on his own, but nevertheless he is gone, and Tony Dungy is in.

This is about as good an addition as you can get. Dungy is a Pro Football Hall of Fame Coach with a career record of 148-79, split between Tampa Bay and Indianapolis, the latter who he took to a Super Bowl Championship.  Following his coaching career, Dungy took on a position as an analyst for NBC.

Dungy is the third new member of the committee this year, joining fellow Hall of Famer, Bill Polian, and Lisa Salters.