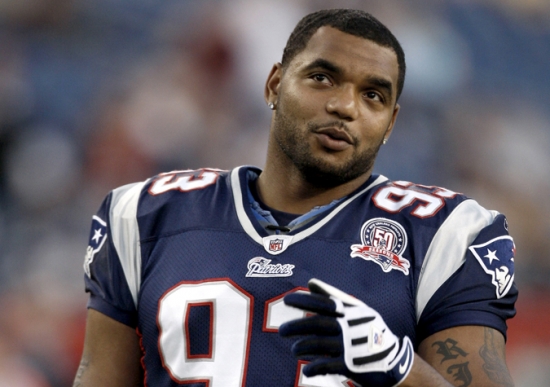 Richard Seymour was inducted into the New England Patriots Hall of Fame today, beating out Mike Vrabel and Bill Parcells in an online vote.

Seymour arrived in New England when the Patriots used their number 6 pick of the 2001 Draft to select the All-American from Georgia, and he became a starting Defensive End as a rookie.  Seymour helped the Pats win their first Super Bowl that year, and he was named to the Pro Bowl the following season.

Seymour became one of the leaders of the defense, and was a key component of New England’s second and third Super Bowl win.  Individually, he went to four additional Pro Bowls and had a three-year streak of First Team All-Pro Selections (2003-05).   His run with New England ended when he was traded to the Oakland Raiders before the 2009 season.

The date and time for the induction ceremony is pending.

Seymour has been a Pro Football Hall of Fame Finalist the last two years.

We here at Notinhalloffame.com would like to congratulate Richard Seymour for earning this prestigious honor, and openly wonder if this opens the door a little wider for Canton.

More in this category: « Georges St. Pierre named to the UFC Hall of Fame The University of Pittsburgh announces their 2020 HOF Class »