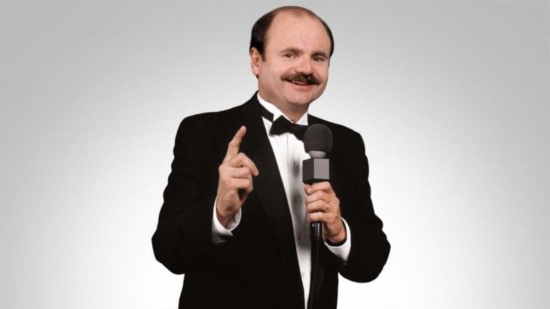 The day after the WWE released or furloughed a significant percentage of their roster due to financial issues stemming from Covid-19, the dark cloud over the largest wrestling organization continues as it was announced that Howard Finkel passed away.  He was 69 years old.

Finkel was the first employee of the WWE, when Vince McMahon Sr. hired him in 1975.  Over the years, Finkel has been the ring announcer at Madison Square Gardens, Pay Per Views, and numerous television shows until 2000, when he was replaced by Lillian Garcia.  He remained employed by the WWE in an office role.

Finkel would occasionally be involved in in-ring angles, most notably a mini-feud with Harvey Whippleman.  He was inducted into the WWE Hall of Fame in 2009.

Finkel had been in poor health over the last few years, and he had made few public appearances over that time.

We here at Notinhalloffame.com would like to extend our condolences to the friends and family of Howard Finkel at this time.

More in this category: « RIP: Willie Davis The University of Nebraska announces their 2020 HOF Class »