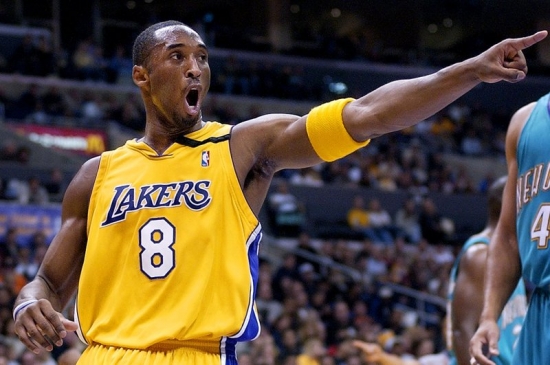 The Naismith Basketball Hall of Fame has announced their North American Finalists, as is tradition before the NBA All-Star Weekend.

Kobe Bryant:  Many outlets interpreted the statement by Hall of President, Jerry Colangelo, who said he had “no doubt Kobe (will) be honored as he deserves” as acknowledgement that he is already in.  He isn’t, but there was never any doubt that he would be.  Bryant passed away in a helicopter crash last month, and the impending ceremony will likely be a tribute to the “Black Mamba.”  As a player, Bryant played his entire career with the Los Angeles Lakers, and would lead them to five NBA Championships.  He would go to 18 All-Star Games, was a 15-time All-NBA Selection and was the 2008 MVP.  The two-time United States Olympic Gold Medalist is fourth all-time in Points.

Tim Duncan:  Playing his entire career with the San Antonio Spurs, Duncan would take his squad to five NBA Championships.  “The Big Fundamental” was a 15-time All-Star, 15-time All-NBA Selection and was a two-time MVP.  The only player to win 1,000 Games with one team, Duncan is in the top ten in Rebounds and Blocks.  Collegiately, he played at Wake Forest and was the Consensus Player of the Year in 1987.

Kevin Garnett:  Garnett was a 15-time All-Star who would win the NBA Championship with the Boston Celtics in 2008.  KG played most of his career with the Minnesota Timberwolves and over his NBA career, he also won the MVP (2004), Defensive Player of the Year (2008) and was a nine-time All-NBA Selection.  Internationally, he was a member of the 2000 Olympic Gold Medal team for the United States.

Rudy Tomjanovich (Coach):  A five-time NBA All-Star with the Houston Rockets, Tomjanovich is nominated as a Coach, and he would helm the Rockets to two NBA Titles (1994 & 1995).  He also led the United States to the Olympic Gold Medal in 2000.

Tamika Catchings:  An NCAA Champion at the University of Tennessee in 1998, Catchings played her entire WNBA career with the Indiana Fever.  She would be the league MVP in 2011, and was a five-time WNBA Defensive Player of the Year.  Catchings would take the Fever to a title in 2012, and she is a four-time Olympic Gold Medal winner with the United States.

Kim Mulkey (Coach):  Mulkey has been the Head Coach at Baylor where she has taken them to three NCAA Division I Titles.  She is a two-time NCAA Coach of the Year.

Barbara Stevens:  Stevens has won over 1,000 Games in College, and took Bentley to a Division II Title in 2014.

While we have no issues with the smaller number of Finalists, the lack of consistency is frustrating.  Notable Finalists from last year, Chris Webber, Marques Johnson and Ben Wallace did not return.  Another interesting turn of events, is that Chris Bosh, who was also eligible, did not appear as a Finalist.  Not that Bryant, Duncan and Garnett needed a clear path for entry, it is next to impossible to conceive that any of those three will not be part of the Class of 2020.

If the Hall inducts all of the Finalists from the North American male pool, it would still be less than last year.

The Naismith Basketball Hall of Fame Class will be announced during the Final Four.

We here at Notinhalloffame.com would like to congratulate the men and women who made it this far.

More in this category: « The Boston Celtics will retire Kevin Garnett's number next year Our All-Time Top 50 Indiana Pacers are now up »