The Pro Football Hall of Fame 2020 Class is Set 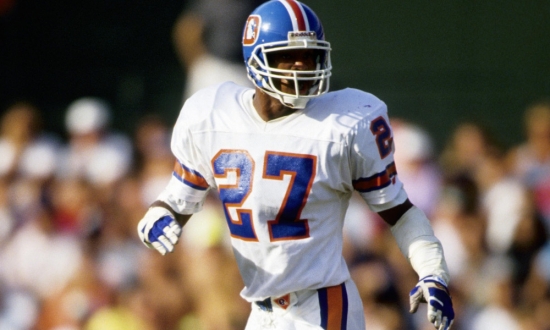 One of our favorite days on our Hall of Fame calendar is the day before the Super Bowl.  Not only are we excited with the impending biggest game of the year, but it also is the day that the Pro Football Hall of Fame announces their annual class.

With the advent of social media, the word on the inductees broke before the official announcement on the NFL Network.

Steve Atwater:  This was a long time coming.  Eligible since 2005, Atwater was a two-time Super Bowl Champion with the Denver Broncos, and he was also a two-time First Team All-Pro.  The Free Safety also was chosen for eight Pro Bowls, and was chosen for the 1990s All-Decade Team.  This was the third time that he was named a Finalist, and his entry cushions the blow for an upset Denver fanbase that felt Randy Gradishar was snubbed by the Centennial Slate Blue Ribbon Committee.  Atwater was ranked #5 on our latest list for Hall of Fame consideration.

Isaac Bruce:  A star with the St. Louis Rams’ “Greatest Show on Turf” team, Isaac Bruce won a Super Bowl with the Rams and would    Bruce has been eligible since 2015, and this was the fourth time that he made to the Finalists.  Over his career, he went to four Pro Bowls and accumulated 15,208 Receiving Yards and 91 Touchdowns.  With the exception of his last two seasons in San Francisco, he was with the Rams for the majority of his career.  Bruce was ranked #9 on our last list.

Steve Hutchinson:  Hutchinson has been Hall of Fame eligible since 2018, and he has been a Finalist ever year.  The Offensive Guard began his career in Seattle, where he spent five seasons, and was chosen for two First Team All-Pros.  He would join the Minnesota Vikings for six years, and was a First Team All-Pro three times while donning the purple.  Finishing his career with one final year in Tennessee, Hutchinson was a Pro Bowl Selection on seven occasions.  Hutchinson was ranked #24 on our last list.

Edgerrin James:  Eligible since 2015, Edgerrin James was the Offensive Rookie of the Year in 1999, and with the Indianapolis Colts he went to four Pro Bowls. He would win the Rushing Title in his first two years and would overall rush for 12,246 Yards, and caught 433 passes for another 3,364 Yards.  This was the fourth year for James as a Finalist.  He was ranked #20 on our last list.

Troy Polamalu:  Polamalu enters Canton on his first year of eligibility, which was widely expected.  The Safety spent his entire career with the Pittsburgh Steelers (2003-14), and he was the 2010 Defensive Player of the Year. The Strong Safety won two Super Bowls, went to eight Pro Bowls and four First Team All-Pros.  Polamalu was ranked #7 on our last list.

We will now begin work on our Notinhalloffame.com Football List.  All of those inducted will be removed from the list.  We will then add those who are eligible for the 2021 Class, and insert them accordingly.  Look for that in early March.

More in this category: « Curtis Granderson Retires Our Top 50 Cleveland Cavaliers are now up »