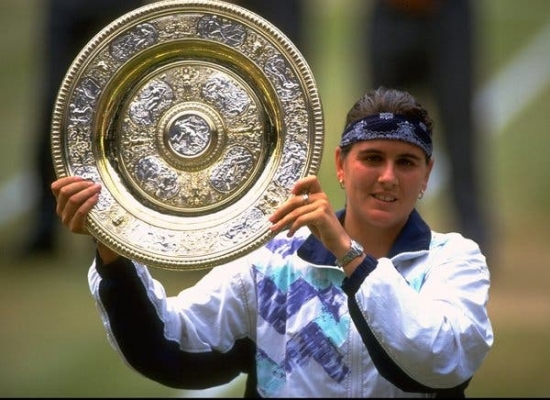 The International Tennis Hall of Fame have announced that Conchita Martinez and Goran Ivanisevic will be inducted this summer as the 2020 Player Group Inductees.

From Spain, Conchita Martinez made history in 1994 when she became the first Spaniard to win Wimbledon.  That was the only Grand Slam Singles she would capture, but she did win 12 more titles on the tour.  Martinez also won the French Open in doubles twice, and while representing Spain, she helped her country win five Fed Cups and individually she won the Gold Medal in the Atlanta Olympics, and also was a two-time Silver Medalist (1992 & 2004).

From Croatia, Ivanisevic was the most unlikely Wimbledon winner in history, as the previous three-time runner-up was admitted to the tournament in 2001 as a wild card entry.  He would also win 22 other tournaments and was a member of the 1995 Davis Cup Championship team.  In the 1992 Olympics, he won the Bronze in both Singles and Men’s Doubles.

The official induction will take place on July 18 at the International Tennis Hall of Fame in Newport, Rhode Island.

Kirk Buchner, "The Committee Chairman", is the owner and operator of the site.  Kirk can be contacted at [email protected] . Email This email address is being protected from spambots. You need JavaScript enabled to view it.
More in this category: « Justin Morneau named to the Minnesota Twins Hall of Fame The New York Mets announce four new names for their franchise HOF »