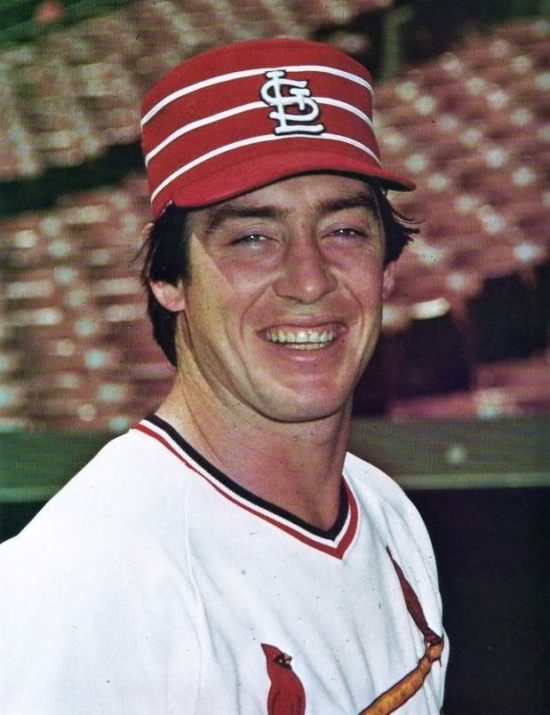 Another huge day has happened as the Modern Baseball Era Committee has announced that Marvin Miller and Ted Simmons will be joining the Baseball Hall of Fame Class of 2020.

Miller spent 17 years (1966-82) as the Executive Director of the Major League Baseball Players Association. Under his guidance, players salaries increased by more than ten times.

Simmons was an eight-time All-Star who accumulated 2,473 Hits with 248 Home Runs over a career spent with the St. Louis Cardinals, Milwaukee Brewers and Atlanta Braves.  In his initial Hall of Fame ballot, Simmons only lasted one year where he received 3.7% of the ballot.

Missing out were Thurman Munson, Don Mattingly, Tommy John, Steve Garvey, Dale Murphy, Dave Parker, Dwight Evans and Lou Whitaker.  In our latest Notinhalloffame.com baseball list, Simmons was ranked #9.  It will be a pleasure to remove him, when we revise our list in February.

To receive induction, a candidate needed to receive 75% of the ballot.

We here at Notinhalloffame.com would like to offer our congratulations to both Ted Simmons and the family of Marvin Miller at this time.

More in this category: « Our All-Time Top 50 Carolina Panthers are now up The New World Order named to the WWE Hall of Fame Class of 2020 »

0 #1 Darryl Tahirali 2019-12-09 17:51
Somewhere in baseball heaven, Marvin Miller is chuckling. He should have been inducted years ago, when he was still alive. And I'm dying to know who the four committee members are who didn't vote for him. I suspect they're all executives.

Still, this was a satisfying outcome. At least Ted Simmons is still around to give his long-overdue induction speech next year.

-- Dwight Evans polled 50 percent of the vote in his first-ever appearance on a veterans committee ballot, at least since it began revamping a decade ago. He will have to wait until 2022 for another shot at the Hall, but let's hope he returns to the Modern Baseball Era Committee ballot then.
-- Lou Whitaker drew six votes in his first-ever appearance under the same conditions. Here's hoping he joins Evans in 2022.
-- Tommy John and Dale Murphy got three or fewer votes. They are the Chic of the baseball veterans committee--s omebody wants them in the Hall real bad. They have been evaluated numerous times, first by the writers, then by the various permutations of the VC. The consensus should be crystal-clea r by now: They are not Hall of Famers. Stop trying to make them one.

I expected Dave Parker to be this year's Harold Baines. He might be in 2022, since I expect he'll be back on a ballot. Steve Garvey is another Baines-like prospect, and like John and Murphy and Parker, he's been evaluated umpteen times.

Don Mattingly will probably return too, despite a poor showing this time (three or fewer votes). He has not yet been evaluated as extensively as the others whose careers began before his, but he'll most likely get there soon enough.

Tburman Munson was a surprising choice. He survived 15 years on the writers' ballot, and he had been evaluated a few times in the fuster-cluck VC attempts at evaluation in the 2000s.

His shortened career, resulting from his 1979 death in a plane crash, hampers his chances but also gives him a what-might-h ave-been narrative that probably plays better to the VC than it did to the writers. He does rank 12th in JAWS, and his bWAR7, his best seven seasons, is higher than the average for HoF catchers. He should have polled better than he did, but with a small committee with limited votes, somebody has to get the short end of the stick. This time it's Munson, and how that will play on his appearing on a subsequent ballot remains to be seen.

Still, a most satisfying result this time.
Quote
Refresh comments list
RSS feed for comments to this post