The Cincinnati Reds will induct Marty Brennaman to their franchise HOF 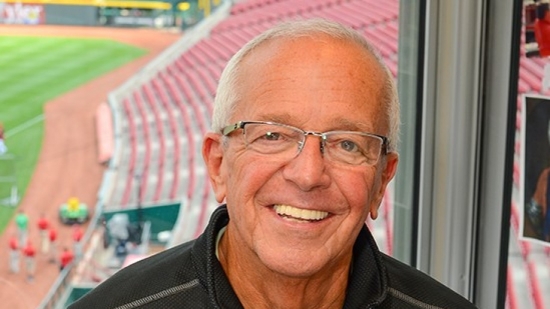 Regular visitors of Notinhalloffame.com know that we are slowly working on the top 50 of every major team in the NHL, NBA, NFL and MLB. Once that is done, we intend to look at how each team honor their past players and executive.  As such it is news to us that the Cincinnati Reds have announced that next year, they will be inducting their long-time broadcaster, Marty Brennaman, to their franchise Hall of Fame in 2020.

Brennaman is wrapping up his final season as a broadcaster for the Reds, this being his 46thwith the organization.  For his work in Baseball, he was honored by the Baseball Hall of Fame with the Ford C. Frick Award in 2000.

Out of respect to Brennaman, he will be the sole inductee next year.

We here at Notinhalloffame.com would like to congratulate Marty Brennaman for earning this impending honor.

More in this category: « The San Antonio Spurs to retire Tony Parker's #9 The Oakland Athletics announce their 2019 HOF Class »