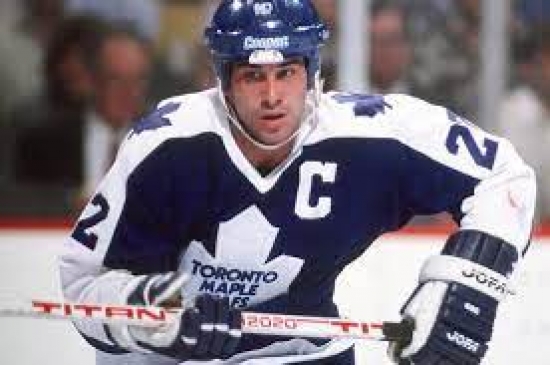 The Toronto Maple Leafs have had their share of titles and snipers, but it is a surprise to some to learn that Rick Vaive was the first player in franchise history to score 50 Goals in a season.

Arriving from Vancouver in early 1980, Vaive blossomed into one of Toronto’s top goal scorers of the 1980s, who not only had that aforementioned 50-Goal year (1981-82) with 54, he eclipsed the 50-Goal mark the next two seasons.  The Right Wing was also an All-Star in all of those seasons.  Vaive’s lamp-lighting production dipped after that, but in those three years, 30-Goal outputs were perfectly respectable.

Vaive was traded to Chicago right before the 1987-88 season began, and as a Maple Leaf, he had 299 Goals, and was a point-per-game player.