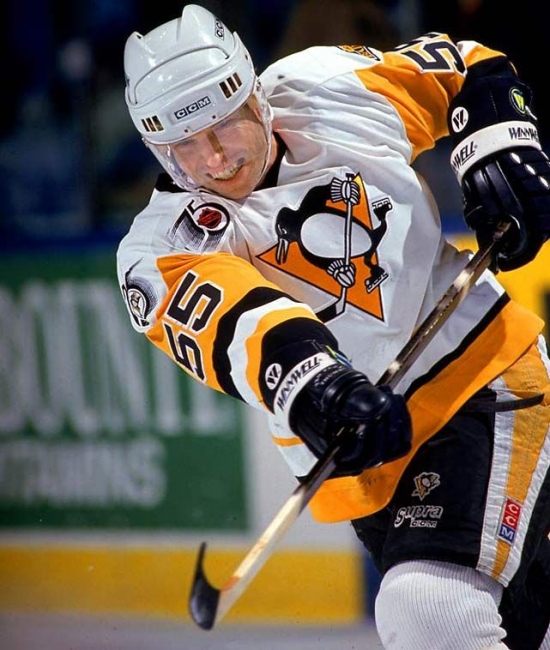 Murphy was traded from Minnesota during the 1990-91 season, and it would be one of the Penguins' critical moves on the road to their first Stanley Cup win later that season.  Murphy, who had already been named a Second Team All-Star when he was with the Washington Capitals, would secure two more of those honors with the Pens.  He would also help Pittsburgh win the 1992 Stanley Cup.

The Defenseman would have three straight seasons over 70 Points and totaled 301 Points in 336 Games.

He would later win two more Stanley Cups with the Detroit Red Wings.

Murphy would enter the Hockey Hall of Fame in 2004.