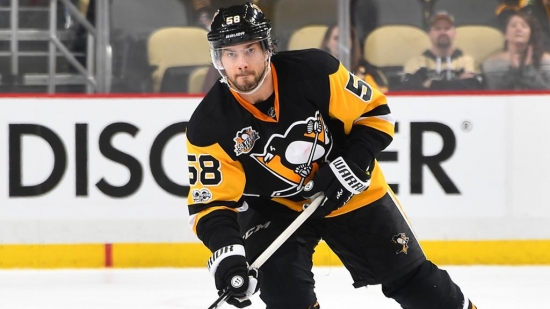 Kris Letang has to date spent his entire professional hockey career with the Pittsburgh Penguins, and the organization has to be thrilled with the return on their 2005 Third Round Pick.

The Defenseman played a handful of games in 2007 and would make the roster on a full-time basis the following year and was a member of the Penguins 2009 Stanley Cup Championship win.  Letang continued to improve, and in 2010/11, the native of Montreal had a breakout campaign with a 50 Point season, an All-Star Game appearance, and a sixth-place finish in Norris Trophy voting.

Now a bona fide playmaker from the blueline, Letang would earn All-Star accolades on four more occasions, and he was a two-time Second Team All-Star (2013 & 2014), both of which were years where he was a top-four finisher for the Norris.  Adding two more Stanley Cup Rings, Letang has not only made a case for being the greatest Defenseman in franchise history but also could be one who is on a Hall of Fame path.  To date, Letang has eight 40-plus Point seasons and seven top ten finishes for the Norris.  An All-Star six times, Letang is approaching 600 career Points.

As of this writing, Letang is still with the Penguins, and he could even increase his already impressive rank.