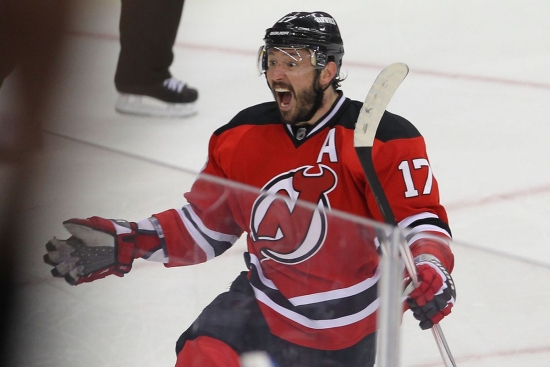 The Atlanta Thrashers were not in existence for long, but if there were a consensus best player during that time, it would have to be Ilya Kovalchuk.  The Russian Wing was a Thrasher from 2001 to 2010, until he was traded to the New Jersey Devils, where he had an underappreciated run.

Kovalchuk was with New Jersey for three years and change.  When he was traded to the Devils during the 2009-10 season, he had 27 Points in 27 Games.  The Devils attempted to sign him to a 17-year contract, which would be voided as it was believed that New Jersey was trying to circumvent the salary cap.  Kovalchuk was able to stay with New Jersey on a more reasonable contract.

In his first full year with the Devils, Kovalchuk had a respectable 60 Points, which he improved to 83 in 2011-12.  That performance was enough to gain the Russian a First Team All-Star Selection and a tenth-place finish in Hart voting.  Kovalchuk had 31 Points in the strike-shortened 2012-13 season, where he led the NHL in Short-Handed Goals with four.  That was his last year with the Devils, as he left the NHL for St. Petersburg of the KHL.