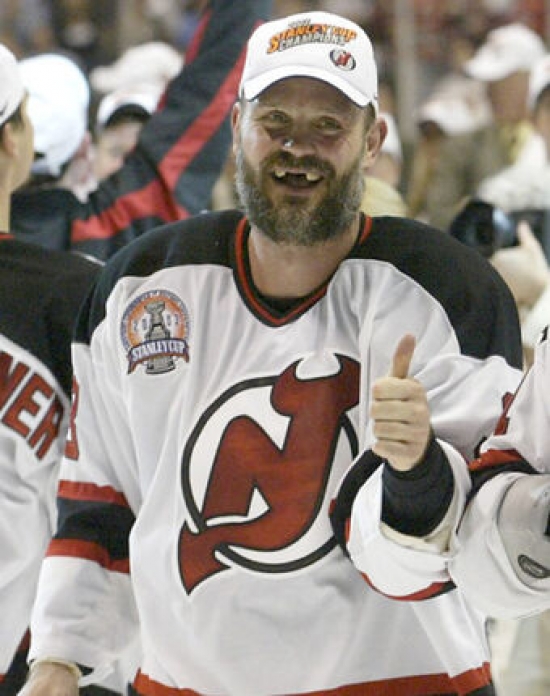 This is one where you don't go by the number of times a hockey player showed up on a stat sheet.

Ken Daneyko may not be the highest-ranked player on this list, nor was he ever an All-Star.  The 20-year Defenseman never had a Norris Trophy vote, and he set the NHL record for goalless games with 256.  He stayed on his end of the ice and punished and battered anyone who tried to score. Daneyko wrapped around attackers like a glove and would throw down whenever it was required.  There was no better team for Daneyko to play for than the Devils, who morphed into defensive specialists in the second half of the blueliner’s career.

In that second half, his selfless nature served the Devils well, as he was a member of three Stanley Cup Championships.  Daneyko was worked hard and played hard, overcame alcoholism, and was awarded with the Bill Masterton Memorial Trophy in 2000, the year of his second Cup win.  At the end of his career, Daneyko won his third Cup, and for those watching, it felt that the Devils were trying to win one final title.  He only scored 36 Goals over his career, but the amount Daneyko stopped is incalculable.

Daneyko’s no.3 was retired in 2007, a testament to one of the grittiest career in hockey.