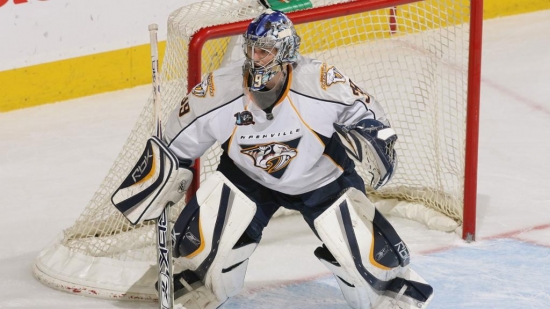 After playing only one Game with Dallas in the 2003/04 Season, he signed with the Nashville Predators in 2007, where he won the backup Goalie job, though he would be elevated to the primary backstop when Chris Mason struggled.  Ellis had a good year, appearing in 44 Games, and leading the NHL in Save Percentage (.924).

He was not able to build on that year as his stats slipped, and his backup, Pekka Rinne, took over and held on to that spot for well over a decade.  Ellis played two more years in Nashville and was still decent, keeping his Save Percentage over .900.