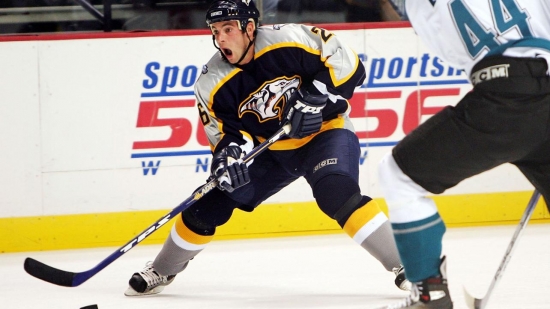 The fourth NHL team of Steve Sullivan’s career was the Nashville Predators, a team he joined during his ninth year (2003-04).  Sullivan finished that year strong, scoring 30 Points in 24 Games, with 73 in total that year, a number that would be his second best ever.

Following the lockout year (2004-05), Sullivan had two more 60 Point years, the latter of which was cut short due to a severe back injury that was so bad, he missed the entire 2007-08 Season.  Sullivan returned in 2008-09, netting 51 Points in a comeback year that secured him the Bill Masterton Award.  He played one more year with the Predators before he signed with Pittsburgh.