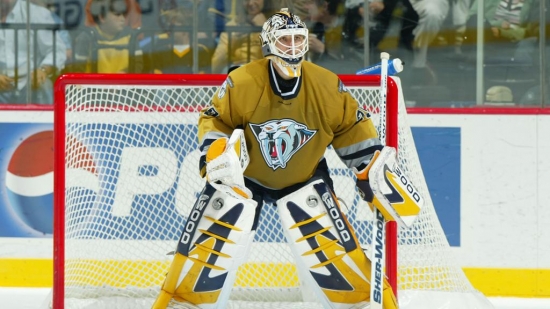 When the Nashville Predators were formed, they knew they needed a backstop to work from their end out, and Czech Goalie Tomas Vokoun proved to be the correct building block to build on.

In 2004-05 Vokoun had only played one game in the NHL, as he was mostly in the minors, but he was ready to show his skills with Nashville.  Before long, Vokoun was the prime backstop for the Predators, and he would earn Vezina votes in both the 2002-03 and 2003-04 Season.

After the lockout in 2004-05, Vokoun had his best professional season, where he had a 36-18-7 record and a 2.67 GAA.  He was fourth for the Vezina, the best he ever finished, and Vokoun was a large part of Nashville’s early success.