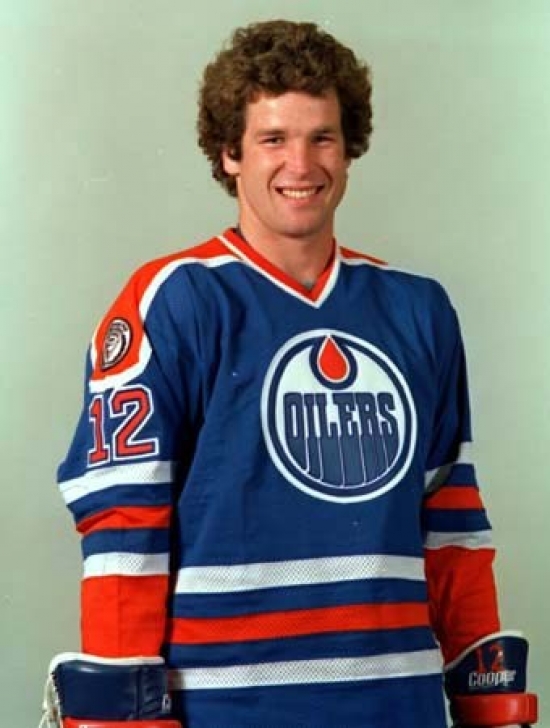 Dave Hunter first signed with the Edmonton Oilers as an underage Free Agent in 1978, and the Edmonton brass was impressed with his checking skills, despite only scoring 32 Points.  That was the last year that the Oilers were in the World Hockey Association, and they would covet Hunter, whose rights were held by Montreal in the NHL.  They claimed him from Edmonton in the Expansion Draft, and he remained with the Oilers until November of 1987.

Hunter was part checker and part enforcer, but to Edmonton fans, he is all-Oiler.  He was unafraid to do the things to open the ice for the elite scorers for the team, and it wasn't like he didn't have any Points.  He had two 40 Point seasons and would have 322 Points with the team.  He was traded to the Pittsburgh Penguins in the Paul Coffey trade but returned at the end of the 1988-89 Season when the Oilers claimed him off of waivers from the Jets.  He would retire after the season.