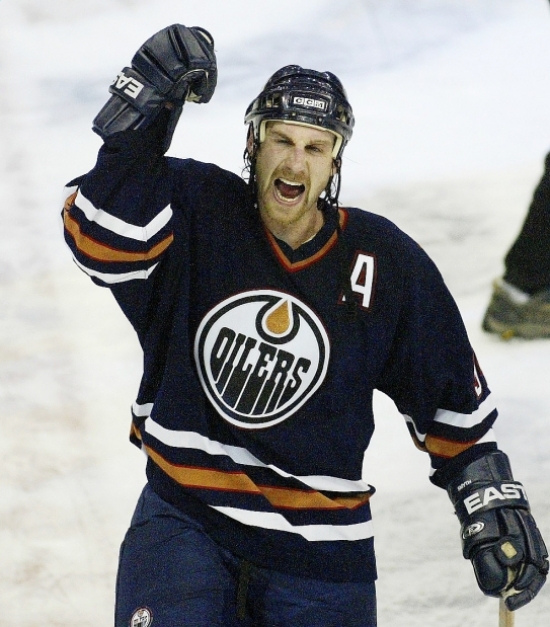 Before we get into the vast credentials of Ryan Smyth, think that it took until #8 before we got a player that was not part of the Oilers dynasty that won five Stanley Cups.

Damn, were they good!

Smyth was from Banff, Alberta, and was chosen sixth overall by his home province Oilers in 1994.  The Albertan had a breakout season in 1996-97, where he scored 61 points and was the NHL leader in Power Play Goals.  He regressed in the two years that followed but would go on a seven-year streak of 50 or more Points.  Smyth was the prototypical power forward, using his strength and positioning to make up for lack of speed.  While some may have seen him as limited, his determination had few peers.

Smyth would lead the Oilers to a surprising Stanley Cup appearance in 2006, but he grew frustrated with the team’s lack of success and requested a trade, which he got in February of 2007.  After playing for the New York Islanders, Colorado Avalanche and Los Angeles Kings he returned to play his final three years in hockey with Edmonton.

He would overall score 631 Points with 296 Goals over his career with the Oilers.