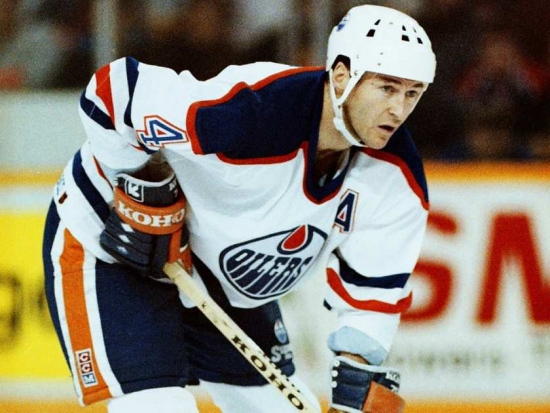 Kevin Lowe did not get the due he should have when he was in Edmonton, but when you look at the Hall of Famers around him (Gretzky, Anderson, Messier, Kurri, Coffey, and Fuhr) how could he?  We will rectify that here.

Lowe was an Alternate Captain for much of his first Oilers run, and the blueliner was focused on his own end of the ice.  Lowe would have six seasons where he accumulated more than 30 Points per Game, but his defensive awareness and team play was his calling card.  Lowe finished in the top ten in Norris Trophy voting four times and helped the Oilers win five Stanley Cups.  He would also play in five All-Star Games in Edmonton and was named the 1990 King Clancy Award winner.

Like his teammates in Edmonton, Mark Messier, and Glenn Anderson, he would later win his sixth Stanley Cup Ring with the New York Rangers in 1994.

He would return to the Oilers for a second run in what would be his final two years in the NHL.