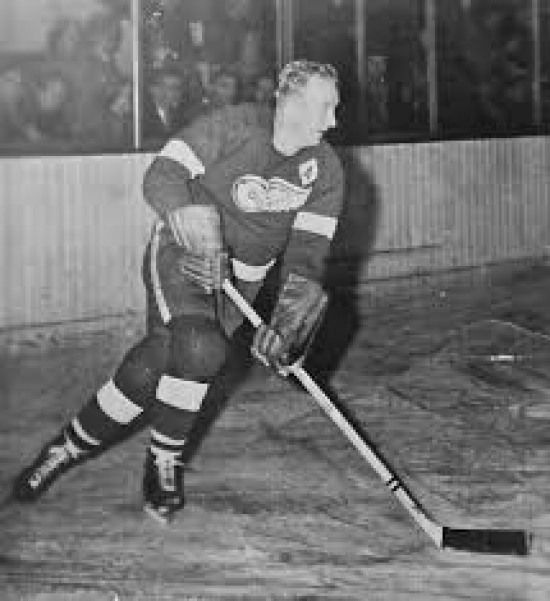 Bill Quackenbush was an excellent two-way Defenseman for his time, and he played the first half of his career as a Detroit Red Wing.

Quackenbush signed in 1942, showing gradual improvement annually.  He had his first great year in 1946-47 when he was named a Second Team All-Star and was fourth for the Lady Byng.  Quackenbush was a First Team All-Star the next two years, and he won the Lady Byng in 1948-49, which was incredible considering that he was not a player who shied from physical contact.

Allegedly, Red Wings General Manager detested the idea of the Lady Byng trophy and felt that anyone who won it did not belong in his team, and thus Quackenbush was traded to the Boston Bruins in the off-season.

Quackenbush was inducted into the Hockey Hall of Fame in 1976.