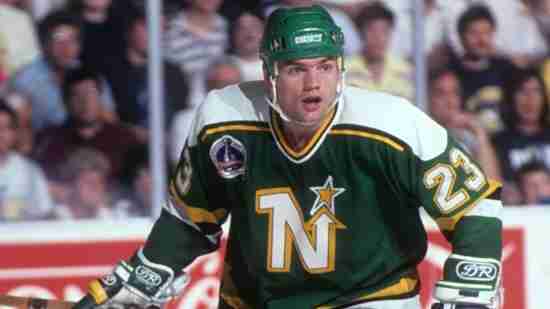 There was a lot of pressure on Brian Bellows who entered the National Hockey League as the second overall pick in the 1982 Draft.  The North Stars traded a lot to move up to get him and some had compared him to Wayne Gretzky.

A lot to live up to right?

Bellows was not the next Gretzky but this was a very good player who would score 722 Points of his 1,022 as a North Star.  Bellows would go to two All Star games with Minnesota and in the 1989-90 season he finished third in the NHL in Goals.  He would be named a Second Team All Star that year.