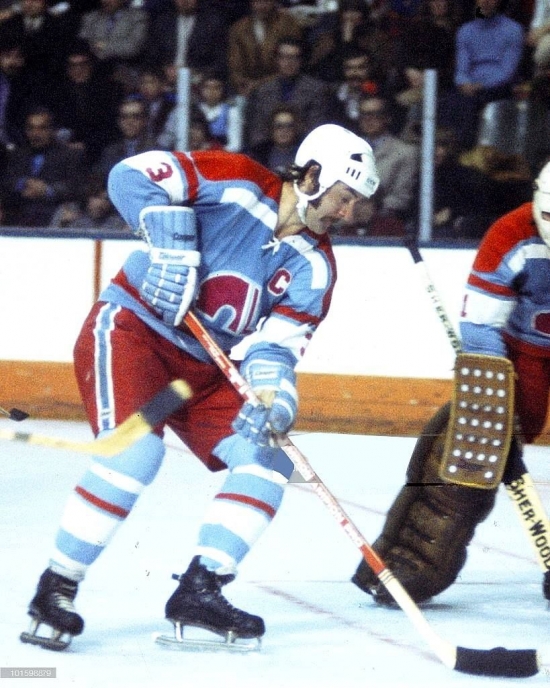 J.C. Tremblay had an excellent career in the National Hockey League, where he was a five-time Stanley Cup Champion with the Montreal Canadiens.  That is true,  but this is a list about the all-time Colorado Avalanche/Quebec Nordiques, the team where Tremblay had his best individual success.

Tremblay was chosen the Los Angeles Sharks in the WHA Expansion Draft but would be traded to the Quebec Nordiques for Future Considerations before he would ever play in L.A., as he always intended to play in the Province of Quebec.  The Quebecer would become the first defensive star of the WHA and the for the Nordiques.  Tremblay would become the WHA's first recipient of the Dennis A. Murphy Trophy as the league's top Defenseman.  That year he would also lead the upstart league in Assists.  Tremblay would repeat as the Dennis A. Murphy Trophy winner in 1975 while again leading the WHA in Assists the season after.

Tremblay's skills would erode after, but he played a part in the Nordiques WHA Championship in 1977 and retired at the age of 40 when the Nords joined the NHL.