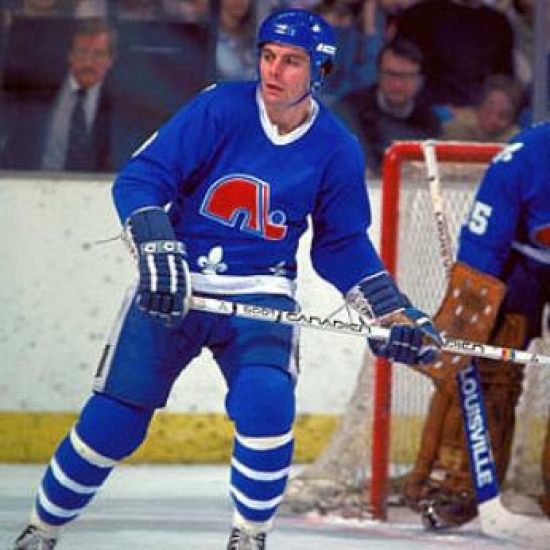 Tardif's first foray into the WHA was with the Los Angeles Sharks, who relocated to Michigan to become the Stags the year after he arrived in L.A.  The team never made it to the end of the season as they relocated halfway to Baltimore, but Tardif was traded back to "La Belle Provence" and became a Nordique before he would have had to suit up as a Baltimore Blade.

In that hybrid season with Michigan and Quebec, Tardif was named a Second Team WHA All-Star, but he would go on fire in the three seasons that followed.  The Left Winger would win two of the next three leagues scoring titles (148 and 154 Points respectively) and MVPs, which means that it was Tardif who was the franchise's first league MVP.  In between those Gordie Howe Award winning campaigns (that is what the WHA called their version of the Hart), he took Quebec to win the 1977 Avco Cup.  Not surprisingly, the native of Granby, Quebec, would be named a First Team All-Star in all three of those years.

Tardif stayed with the team when they were migrated into the National Hockey League, and he was a Nordique for four more seasons.  Tardif, who was also the team's captain when they joined the senior league, was not the same scorer as he once was, but he was named an All-Star in 1982 and scored 244 more Points in what would be his second run in the NHL.

Tardif is the all-time leader in Goals in the WHA.  The organization would retire his number 8 in 1983.