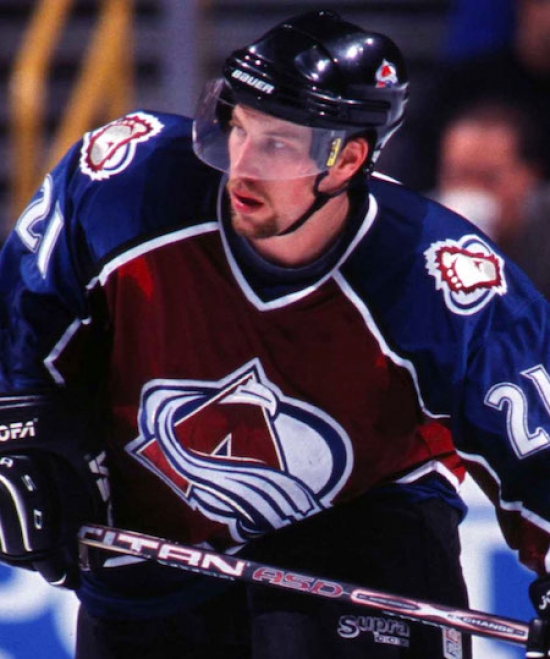 The Quebec Nordiques drafted Eric Lindros #1 in the 1991 NHL Draft, knowing full well that he would never report there.  As it turned out, Quebec would trade him to the Philadelphia Flyers for a plethora of players and assets, one of which was the rights to Peter Forsberg, a Swedish player that most people in North America were unaware of.  As it turned out, that was the best piece that Quebec got.

Forsberg joined the Nordiques in the 1994-95 season and would win the Calder Trophy in what was the last season that the franchise was in Quebec.  After the organization relocated to Colorado, the Swedish superstar would post the best numbers of his career with career-highs of 30 Goals, 86 Assists, and 116 Points and was a massive part of the Avalanche's Stanley Cup win in 1996.  Forsberg would remain well over a Point per Game, and as the dead puck era came in, he was still a top producer.

We have also to mention that Forsberg was also was excellent at the defensive side of the ice.  Forsberg may have never won the Frank J. Selke Trophy Awards as the NHL's top defensive forward, but he was in the top ten in voting four times and was the runner-up in 1996-97.

His first run with Colorado ended when he signed with the Philadelphia Flyers in 2005 but that he would come home again.  Forsberg resigned with the Avs in February of 2008 for the rest of their season, but that was a short-lived return as he joined Domo of the Swedish league for two seasons.  He retired but came back to Colorado in 2011, but that would last only two games.

Overall, with the Avalanche, he scored 705 Points averaging 1.30 Points per Game.

Forsberg would be inducted into the Hockey Hall of Fame in 2014.