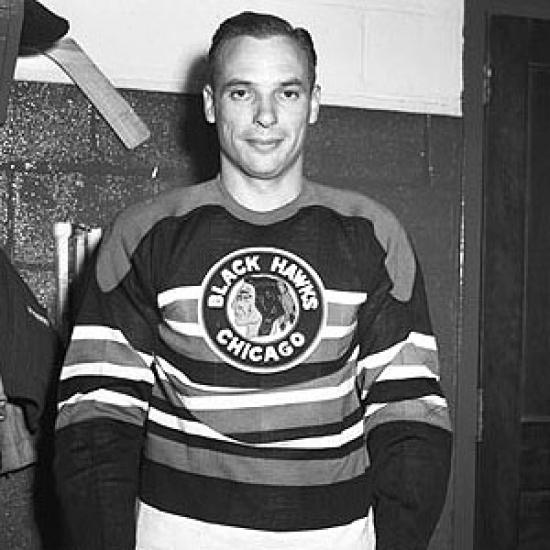 Roy Conacher was already a two time Stanley Cup Champion (with Boston) and a World War II veteran before he arrived to the Blackhawks in his early 30’s and while it would have been a good assumption for most fans and pundits to think that his best seasons were behind him.  That wasn’t the case as he would still be a productive player and would put forth his best season in the 1948/49 campaign where he was a First Team All Star, the Art Ross Trophy winner and the leader in Power Play and Game-Winning Goals.  He would follow that up with two more 50 Point seasons.

Unfortunately, Conacher was not blessed with a lot of talent around him and he never played a playoff game for Chicago.

Still, Roy Conacher had a good career and he would be inducted into the Hockey Hall of Fame in 1998.