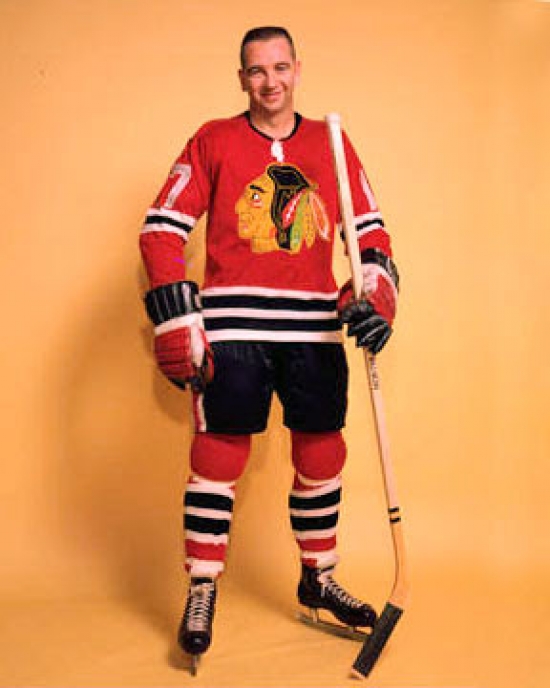 Kenny Wharram was with the Chicago Blackhawks for his entire NHL career, which would last 14 seasons and 766 Games.  Early, he would assist Chicago win the 1961 Stanley cup but realistically he blossomed a little later in his career and his first really good season in the NHL took place when he was 30, where he would be a Second Team All Star, A Lady Byng Trophy winner and lead the league in Power Play Goals and Shooting Percentage.  He was sixth in Points that year with a career high 71 Points.  Wharram would have two more 60 Point seasons finishing fourth and ninth respectively, the first of which was his second Second Team All Star campaign.

Wharram’s career abruptly ended during the 1969 training camp where he suffered myocarditis, which is similar to a heart attack.  It would prematurely end his career.