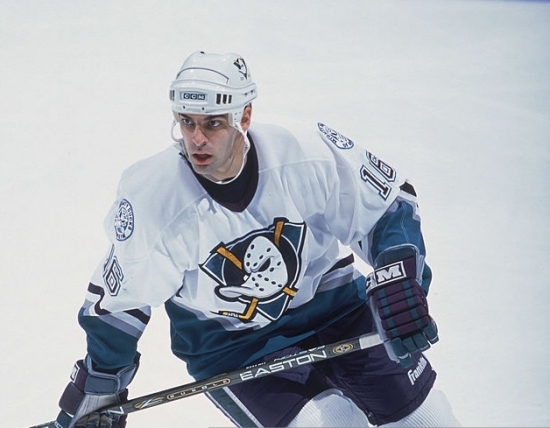 Six Games into the 1998-99 Season, the Calgary Flames traded Right Wing Marty McInnis to the Mighty Ducks of Anaheim, and he proceeded to score 52 Points over the rest of the year.

That was McInnis’s best year in Anaheim, though he did score 20 Goals and 42 Points in 2000-01.  He was dealt to his home state, Boston Bruins, during the following season, and as a Duck, he accumulated 145 Points.